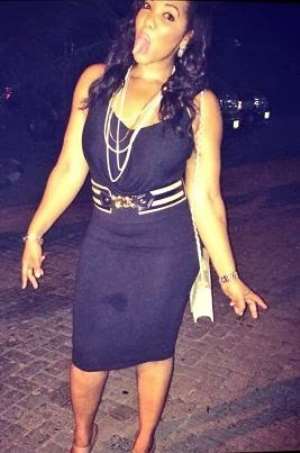 To say that things are not particularly falling in place for actress, Uche Iwuji following the crash of her marriage a few months ago, will be an understatement. We have it n good authority that the actress had ever since been feeding from hand to mouth and looks so unkept and haggard lately.

Uche according to some of her close allies have resorted to begging for alms from some of her colleagues in the industry as well some of her friends.

The actress is now perceived by her friends as a beggar, little wonder they now avoid her like a plague.

Confiding in one of her friends, Uche was quoted as saying that the most annoying thing about her present condition is that one of her most trusted sugar daddies (names withheld) who usually settles her well, paid her off with one hundred thousand naira without any proper explanation, while some of her colleagues she trusted so much also abandoned her in her time of distress.

Myemag gathered that her enstranged husband, Juwon Lawal abandoned her and their 8-month-old baby boy who is still being breast-fed without a dime for upkeep.

Follow us for updates on this and the release of the picture that crashed her marriage.

Foluke Daramola-I Can Only Leave Marriage Because Of Physical Abuse