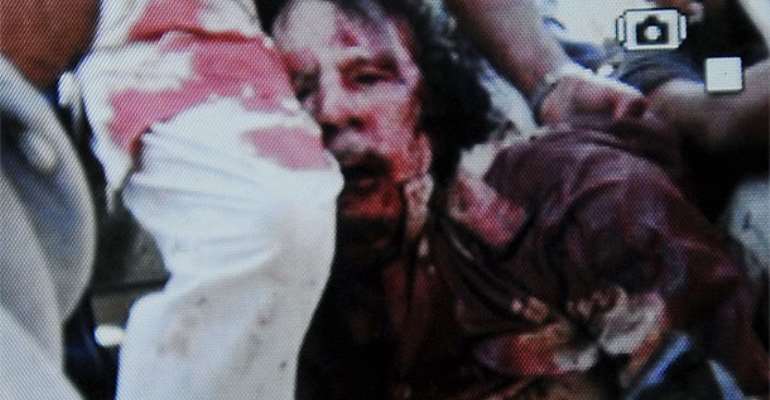 Although details are sketchy for now, but is confirmed that, Colonel Muhammar Gaddafi is dead.

He is said to have died shortly after rebel fighters finally overran his loyalists defending the coastal town of Sirte - finally ending the last remnants of his 42 year hold on Libya.

The toppled Libyan leader was badly wounded in both legs and shot in the head as rebels backed by NATO attacked a convoy fleeing the coastal town of Sirte. 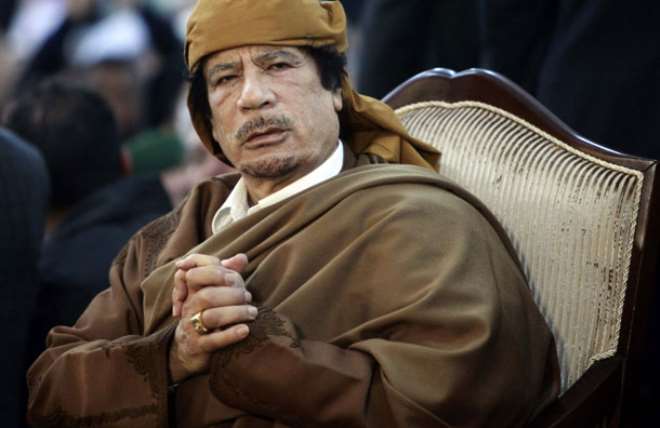