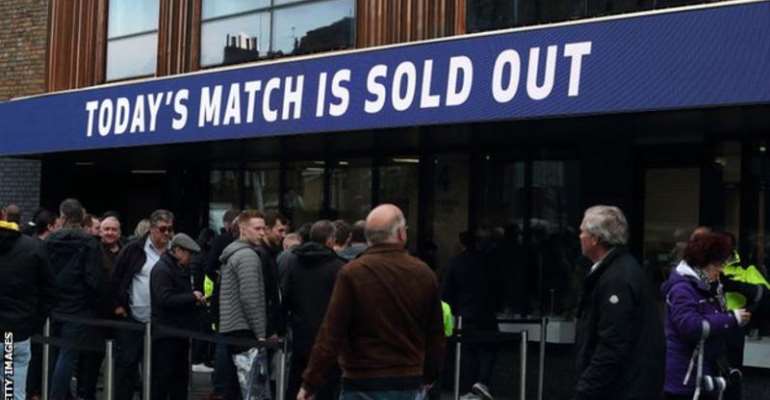 The Premier League football season should be nearing its end and fans are normally digging into their pockets to fund next year's season ticket.

Next season will, after all, be the one where your team plays free-flowing football and wins a quadruple.

While that may end up being the case, it seems some fans will have to wait a little to secure their seat as Premier League clubs have started amending payment deadlines and renewal windows for 2020-21 season tickets.

The Premier League will not resume until it is safe to do so because of the coronavirus pandemic and as a result the start date for next season's campaign is unclear. Here is the latest on how clubs are handling season tickets.

Liverpool, who are 25 points clear at the top of the table, have suspended the season ticket renewal process for next season "until there is clarity around the fixture schedule".

The club says season ticket prices will be frozen for the new campaign and that a new renewal period will be opened when the 2020-21 season start date is known.

The club also said that if home fixtures in the 2019-20 campaign cannot be played in front of supporters, refunds will be issued to season ticket holders, or a pro-rata credit will be applied to their season ticket for the 2020-21 campaign.

Manchester United have frozen season-ticket prices and while fans can renew now, the 1 May deadline that was initially in place has been suspended.

"This will be continuously reviewed and a new deadline will be put in place once there is confirmation of the start date of the 20-21 season," the club said.

If this season's remaining fixtures at Old Trafford are played behind closed doors season-ticket holders will get a pro-rata rebate against season tickets for next year or a pro-rata cash refund based on the number of games still to be played.

Newcastle have faced criticism after a number of fans were charged for season tickets for the 2020-21 campaign despite there being no start date for the season in place.

Some fans were charged £620 on Wednesday, they said, describing the situation as "incredibly disturbing".

Tottenham postponed their season-ticket renewal window in March until "greater clarity" was available on when next season might start.

"We shall keep the opening date under review and will update you as and when a decision is taken to start renewals," the club said.