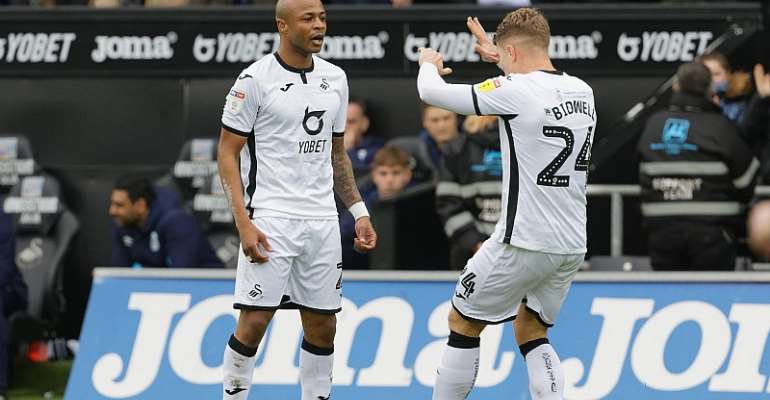 Andre Ayew scored for Swansea City in their 3-1 win over Huddersfield Town on Saturday.

The Ghana ace had rewarded a dominant first-half display with a sharp close-range finish for his 13th goal of the season as the Swans led at the break.

The former West Ham United forward’s goal was his 11th of the season for the Swans in the English Championship this season.

Steve Mounie equalised twelve minuted from stoppage time for the visitors with a fine finish.

Two minutes later, Jay Fulton responded with a brilliant strike to restore the home side’s one goal advantage with 10 minutes left on the clock.

Jordan Garrick, however, added one in the 90 minute to make it a comfortable win for the White and Blacks.

The Swans hope of a top six finish is still alive with just five points behind the top six spot.

The Sad Death Of UG Student Who Was Stabbed To Death By 'Str...
42 minutes ago