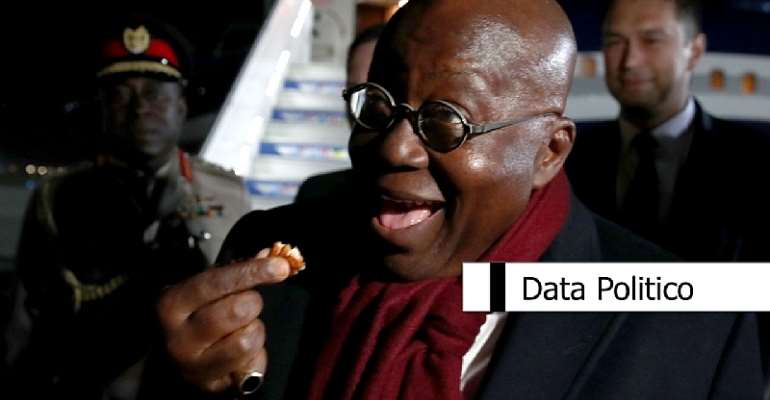 The President was most probably quaffing champagne and binge-watching Netflix while Bawumia, the Vice President, staged a classic comedy performance at the Town hall meeting, recently held in Kumasi. The Vice President never ceases to make a mockery of himself. But that isn’t surprising considering who he answers to.

Akufo-Addo is unfit to lead Ghana, we speak for the teeming youth when we say we’re unhappy with the single path presented to us by the current administration: economic mismanagement under the New Patriotic Party.

We would have liked our Republic to follow another course – socially progressive, fiscally responsible, pro-business and pan-African – that would deliver a more prosperous Ghana with a stronger continental presence.

Akufo-Addo is manifestly inept to hold the highest office in the land. That has been obvious since NPP made the suicidal decision to choose him as their leader 12 years ago. If the NPP was led by a charismatic voice of the centre-right, promoting a radical agenda of income redistribution and economic innovation, they would have done a much better job.

Instead we have in Akufo-Addo, an unpatriotic self-serving reactionary who tolerates the company of criminals and thinks of Ghana as a colonial territory.

Some argue that he would be frail in government to actually do any serious damage, and would instead collapse Ghana in his second term.

Another four years of an Akufo-Addo presidency would put Ghana on tenterhooks, with very little influence on the African continent and a pathetic economy. The people that suffer most would be the poorest.