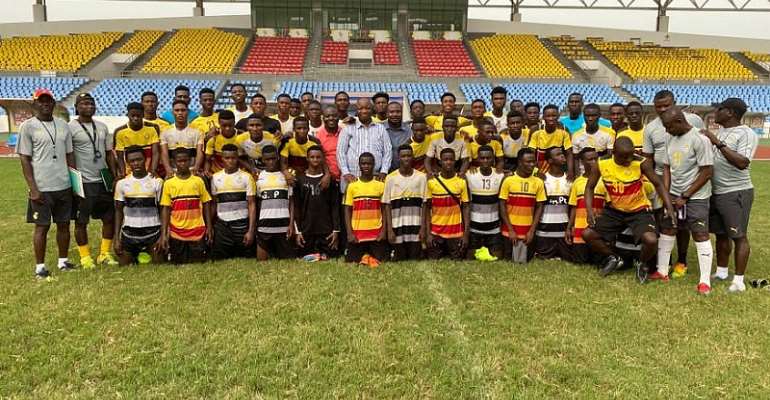 The Management Committee of the National U-17 male team paid a visit to the team’s training camp in Cape Coast on Thursday.

The Delegation which was led by the Committees vice-chairman John Ansah interacted with the players and the technical team.

Coach Ben Fokuo and his side have been in Cape Coast for the past 2 weeks as they prepare for their upcoming assignments.

Thirty players were initially invited to the team’s camp after which another batch has arrived in camp as the technical team continues its screening exercise for its final squad.

The Black Starlets are preparing for their upcoming qualifying matches later this year.