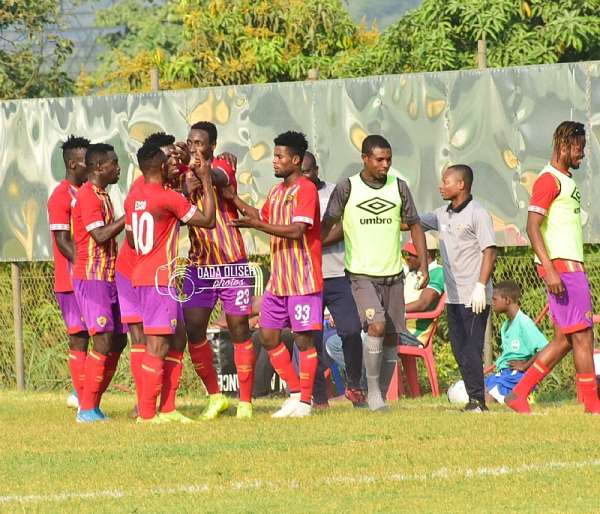 The two top-flight clubs locked horns at the Dawu Park today hoping to recover from defeats they suffered last weekend on Match Week 6 of the ongoing 2019/2020 campaign.

Having set up to amass all three points today, the two teams set up to attack at the Theatre of Dreams as they played some entertaining football. Though they managed to pose threats in the first half, neither team could open the scoring.

Hearts of Oak came in strong in the second half after recess and went on to take the lead on the 55th minute. Striker Kofi Kordzi picked up a pass on the edge of the Dreams FC 18-yard box and sent a low drive that went straight into the back of the net.

Though Dreams FC upped their game from there on, they could not get the equalizer that would have brought them level. At the end of the 90 minutes, Kordzi’s strike has earned the Phobians all 3 points to ensure they bounced back from the 2-1 defeat against Asante Kotoko last weekend.