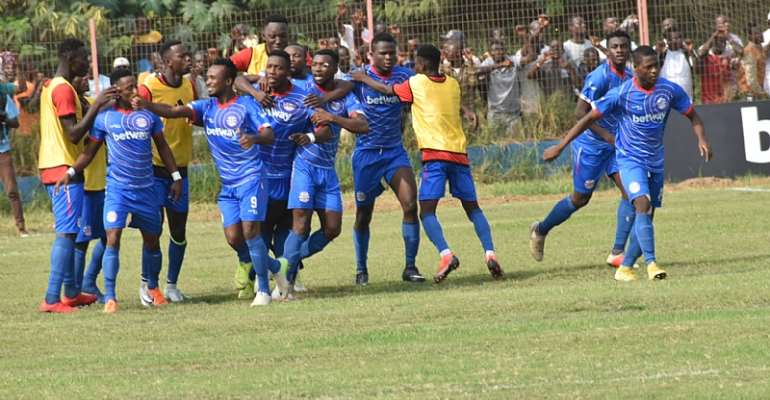 The Scientific Soccer Lads went into the Match Week 6 fixture of the season on the back of a 2-1 defeat from their last encounter when they hosted Accra Hearts of Oak at the Carl Reindorf Park.

Determined to bounce back, Liberty Professionals has earned a surprise win against WAFA today in a match where they were not fancied to even pick up a point.

David Ocloo’s men started slowly but eventually picked up on the smooth AstroTurf pitch to take the lead after 30 minutes. Attacker Elvis Kyei Baffour stepped up and scored from 12 yards after the visitors had been awarded a penalty kick.

In the second half, WAFA upped their game and scored through Samson Agyapong to draw level. It was however not enough as Liberty Professionals scored again courtesy a striker from Alhassan Mubarak on the 79th minute.

From there on, the away team defended very well and emerged as 2-1 winners at the end of the 90 minutes, picking up crucial three points in the process.