Coach Ofori Asare Sad Over State Of Boxing In The Regions 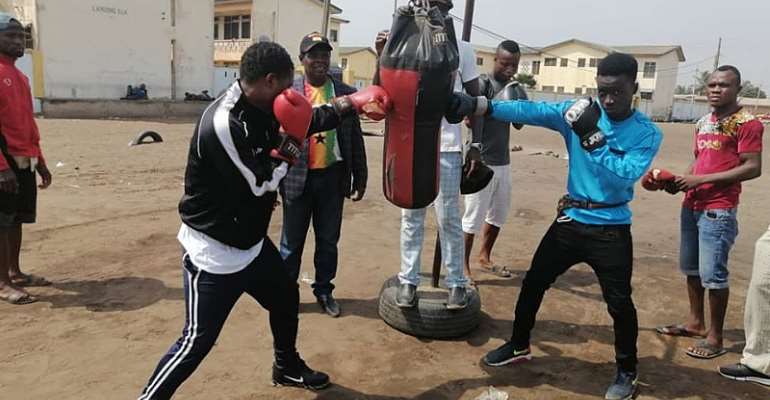 Ghana Boxing Federation (GBF) technical director, Dr Kwasi Ofori Asare who is on a regional outreach tour is very sad about the bad situations of some of the gyms in the Volta and Eastern regions.

Now in Koforidua, the capital town in the Eastern region, Coach Asare said he had met the regional coaches and they have discussed a lot on the way forward to groom more youth to love boxing, and how to equip the gyms.

He said most of the boxing gyms lack basic kits like gloves and punching bags.

He assured them that the boxing authorities would try to solve the major problems to encourage more people to love boxing.

He hinted that the organisers of the Bukom Fist of Fury Boxing League are trying to offer all the contestants a level platform to train well before the commencement of the competition.

According to Coach Asare who has already visited the Central and Western regions, many people have an interest in boxing, however, lack of training facilities and equipment is a big issue.

He thought Ghana can do well if there are local manufacturers of gloves and punching bags.

Meanwhile, the first bill for the year is fixed for January 31, 2020, at the Bukom Boxing Arena where the amateur bouts would be spiced by two exciting boxers, Wasiru Mohammed and Manyo Plange against international opponents.

Some crack local boxers from the Bronx Gym in Accra who are making great strides are also on the bill.