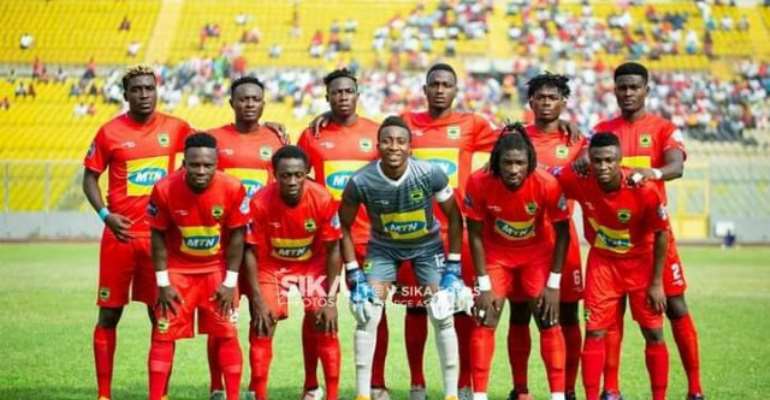 The week's games starts on Saturday with Liberty Professionals playing as host to pacesetters Medeama in Dansoman.

Asante Kotoko will welcome Berekum Chelsea to the Baba Yara Sports Stadium and their arch-rivals Hearts of Oak will look for their first points of the season against Ebusua Dwarfs.

Hearts of Oak v Ebusua Dwarfs – Accra
Interim coach Edward Nii Odoom endured the worst possible start to his Hearts of Oak managerial career after watching his side suffer a humiliating 3-0 defeat to Medeama SC on matchday 2. The result meant that for the first time in nine years, the Phobians have lost their first two opening games in the Ghana Premier League.

Hearts’ attacking deficiencies have been well documented this season as the 20 time Premier League champions are yet to score a goal in their opening two games.

Against Medeama, Hearts failed to register a shot on target in Tarkwa, further deepening their attacking woes.

The Accra based giants are one spot above last place and will hope to turn things around as they host Ebusua Dwarfs, who themselves have been far from brilliant this season.

The Mysterious Dwarfs started their campaign with a 3-1 loss to Medeama at home and faced a similar outcome in their away trip to WAFA, conceding two goals without reply.

They are now one spot above the relegation zone and will seek a positive result to move up the standings.

In recent years, Hearts of Oak have dominated this fixture winning the last three encounters whilst scoring an average of two goals per game.

Nii Odoom will see this match as a wonderful opportunity for his side to pick up their first three points of the season.

Aduana Stars v King Faisal – Dormaa
Aduana Stars have made the perfect start to the season with six points accumulated in two matches and are second on the table.

The Dormaa Ahenkro-based club recorded an impressive 4-0 victory over Inter Allies in their opening game and went on to secure a last gasp 1-0 win over Great Olympics on Sunday thanks to a late, smart finish by Nathan Richard Kwesi.

Another win on matchday 3 will further boost their hopes of a title challenge as they welcome a struggling King Faisal side, who are experiencing a terrible start to the campaign – they’ve suffered back-to-back defeats.

The Kumasi-based side were handed a 4-1 thrashing by Dreams FC in their first game and lost 1-0 to AshantiGold in the Ashanti regional derby, leaving them in 16th.

On head-to-head, the 2017 Ghana Premier League winners have a slight edge over King Faisal, winning three of their last five matches (W3 L2).

King Faisal are currently showing signs of capitulation and do not pose a major threat to destabilise their high flying opponents on Sunday.

The Porcupines further made their case as title favorites by completing a memorable comeback against Legon Cities in Accra, ending the game with a 3-1 victory.

The Reds had beaten Eleven Wonders by a lone goal in their season opener, earning maximum points thus far in two matches. They will look to entertain their fans at the Baba Yara Sports Stadium and better their current standing (fifth) on the table.

Berekum Chelsea are also on a good run so far, with four points from two games and are currently seventh on the table.

They stole a 1-0 win against Hearts of Oak on opening day and held Liberty Professionals to a goalless draw on Sunday. They will hope to upset another giant in this 3pm kickoff.

In their last five meetings, Kotoko have been undefeated (2W 3D) and Maxwell Konadu’s side have the firepower to extend that run.

AshantiGold v Eleven Wonders – Obuasi
AshantiGold were labelled as one of the favourites for the Ghana Premier League title and have responded well with two wins in as many games. The 2015 Ghana Premier League winners comfortably dispatched Olympics 3-0 in their opening game before Yusif Mubarik made the difference for the Miners with an excellent free kick against King Faisal in Kumasi.

They are now fourth on the log and will look to give their home fans another show at the weekend.

Eleven Wonders began their campaign on the losing end to Asante Kotoko in Kumasi. The Techiman-based side suffered the same fate in match day 2, losing 1-0 to Dreams FC at home and leaving them just two places above the relegation zone.

They will aim to earn their first points of the season at the Len Clay Sports Stadium and better their current 14th place in the standings.

AshantiGold have been largely dominant against Eleven Wonders in the past, winning four of their last five meetings (W4 D1).

Eleven Wonders will have to come up with something special to change the trend and with the current form of their opponents, a win would be unlikely.

They, however, fell to a 2-1 defeat on an away trip to Inter Allies, leaving them in ninth place with three points.

Bechem will look to get back to winning ways when they host Great Olympics who received a 3-0 thumping in their first game of the season and also fell short to Aduana Stars on matchday 2.

Oly Dade’s performances have placed them rock bottom in the standings and they will look to earn their first victory away from home.

Bechem have been ahead on head-to-head basis, winning three of their last four matches (W3 L1).

Dreams FC v Legon Cities FC – Dawu
Dreams brushed aside King Faisal in the first round and added to their impressive start by sealing a 1-0 victory over Eleven Wonders thanks to a goal from Sulemana Mohammed.

The fans will be ecstatic with their team’s performances as they now sit third on the log. Karim Zito’s side will look to please the fans once again at the Theatre of Dreams ahead of their tie with Legon Cities who have not impressed thus far.

Despite gaining the attention of fans on social media, the Royals earned a 2-2 draw against Liberty Professionals on matchday 1 but fell to a disappointing defeat in Accra against Asante Kotoko.

Goran Barjaktarevic and his men will be on a mission to move up from their current 12th place with an upset in Dawu.

In their last three meetings, both teams have won a game each and shared the spoils in the third game. This will be a tough ask for Legon Cities as they have failed to beat Dreams in their last two away trips.

Elmina Sharks FC v WAFA – Elmina
The Sharks were defeated marginally by Bechem United in the first round of matches and were held to a 1-1 draw by Karela United.

13th on the standings is not one they would have wished for, and the Elmina-based side will aim to improve as they play their second home game of the season.

WAFA began their campaign on a high, stealing all three points from Karela and produced an even better performance in Sogakope. Eric Asamany and Daniel Owusu found the net in their 2-0 victory over the NC Special Competition Tier 1 finalists. They are currently in sixth and will target another victory in their second away match of the season.

In their last five clashes, Elmina Sharks have won twice and managed a draw (W2 D1 L2). WAFA looks set for yet another away victory.

Karela may have shared the spoils with Elmina Sharks in the previous matchday, but ranking 11th on the standings with a solitary point in two games leaves a lot to be desired.

The NC Special Competition Tier One finalists will aim to regain their past form as they prepare to host Inter Allies at the Akoon Park.

Inter Allies bounced back from their drubbing to Aduana Stars and recorded a crucial 2-1 home win against Bechem United thanks to goals from Kwabena Kyeremanteng and Victorien Adebayor.

They now sit ninth on the table and will be searching for their first away win of the season.

In their last three meetings, Karela have been ahead and are yet to taste defeat (2W 1D).

This may well be the chance for Inter Allies to change that narrative.

Liberty began their campaign with a 2-2 draw against Legon Cities in Dansoman and shared the spoils with Berekum Chelsea in a match devoid of goals.

The Scientific Soccer Lads sit tenth on the standings and will aim to cause an upset to their in-form opponents.

Medeama have impressed so far this season, winning both matches and earning a place at the summit of the Ghana Premier League table.

The two-time FA Cup winners comfortably defeated Hearts of Oak in matchday 2 after beating Ebusua Dwarfs 3-1 in the first round of games.

Samuel Boadu’s side will aim at grabbing their second away win of the season.

In their last five encounters, Medeama have won twice and drawn once (W2 D1 L2). Liberty will have a herculean task on their hands to get one over the ruthless Medeama.