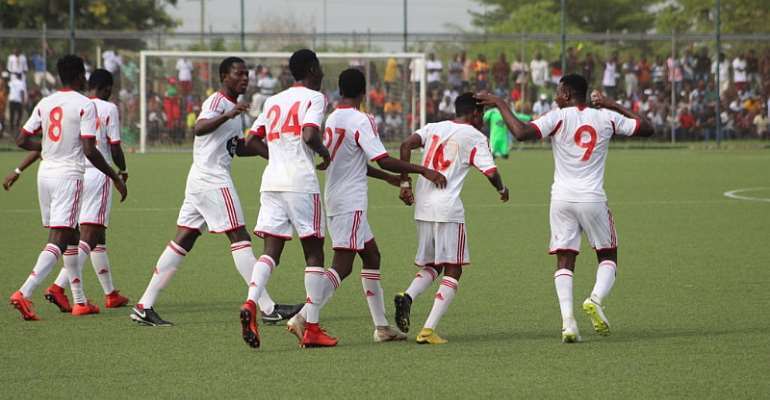 West Africa Football Academy (WAFA) has today posted a 2-0 victory over Ebusua Dwarfs at the Sogakope Park to seal a second consecutive win in the 2019/2020 Ghana Premier League season.

The Academy boys began their campaign in this year’s top-flight campaign with a crucial 1-0 win against Karela United at the Akoon Community Park in Tarkwa last Sunday.

In a Match Week 2 fixture of the season, the side hosted Ebusua Dwarfs at the Sogakope Park to look for another win to maintain their position at the top half of the standings of the division.

Following a good start to the first half, Eric Asamany scored from close range after pouncing on a loose ball in the opponent’s half.

That equalizer separated WAFA from Ebusua Dwarfs at halftime with the home team totally dominating their guests.

Dwarfs put up a good display in the second half but were punished with 10 minutes to end proceedings after failing to take advantage of the few chances that fell their way.

Substitute Daniel Owusu got on the scoresheet to give WAFA a two-goal lead to wrap up the win for the Sogakope-based club.

They have now recorded two wins after two matches as they remain among the top four clubs of the ongoing 2019/2020 Ghana Premier League season.