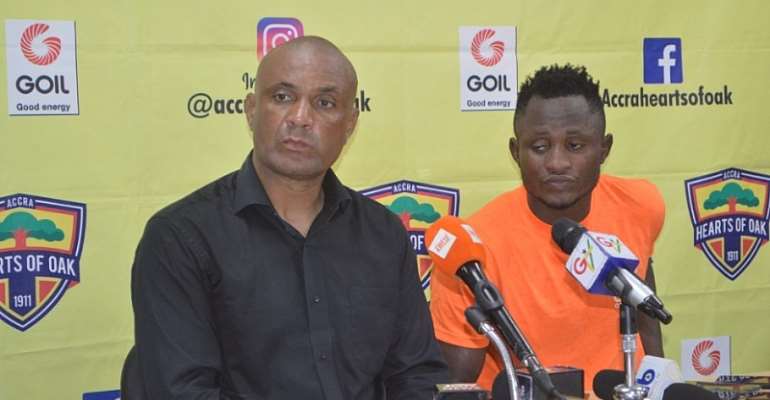 Board Member of Hearts of Oak, Dr Nyaho Nyaho Tamakloe has revealed why the club parted ways with Coach Kim Grant.

The former Charlton Athletic star was shown the exit after losing to Berekum Chelsea after matchday one of the 2019/20 Ghana Premier League at the Accra Sports Stadium.

The decision by the board came as a surprise to many football enthusiasts.

However, the astute politician says the former Elmina Sharks technical director failed to provide the required certificate to the board members of the club.

“Kim Grant told us he is a license B coach and pleaded we give him more time because he has finished writing the license A certificate but we realized he cannot produce the required certificate," he told Asempa FM.

“The board thought through carefully and the best decision has been taken.

“We have asked Edward Nii Odoom to take charge of the club and stabilize the club before we bring in a new coach," he added.

Edward Nii Odoom has been asked to take charge of the club.

The Phobians will be hosted by Medeama SC in the matchday two of the Ghana Premier League at Tarkwa.