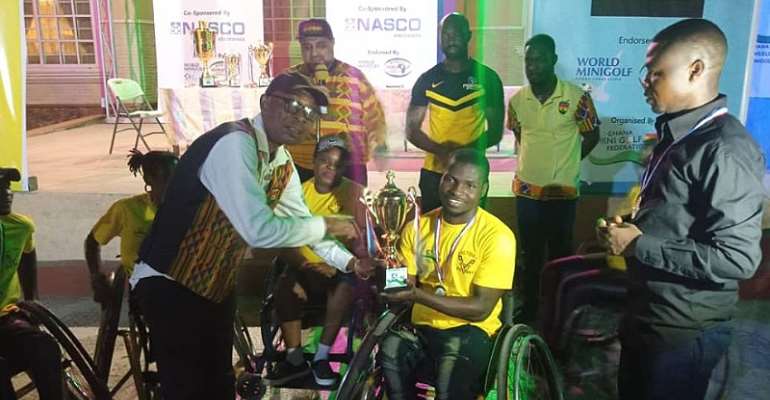 Elwils Putters have been at the top from matchday 1 making them the Tournaments Favourite Club to Win the glittering cup.

GAWMA President Mr. Wilson praised all clubs for putting up remarkable display throughout the competition, till Saturday 14th of December at Caesar's court Ridge where the event took place.

Samuel Okpoti, Captain of the Elwils Putters Wheelchair Minigolf Club has been sure and confident his players & club will make history by winning 1st ever wheelchair minigolf Clubs league in the world.

Mr. Okpoti assured their fans they'll do the job, and they did it in style to win the ultimate prize & to be crowned 2019 GAWMA League Champions