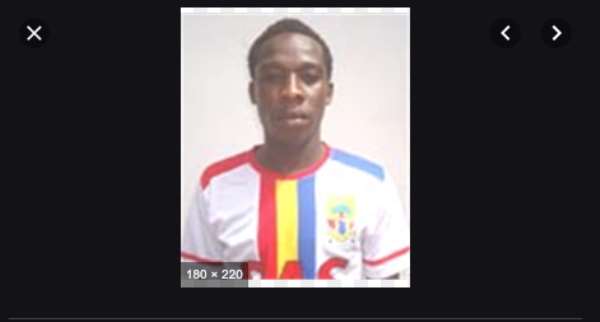 Asante Kotoko who on Tuesday appointed a new Coach in the person of Maxwell Konadu is keen on beefing up his new squad hence the approach on top-notch stars.

The player who currently plays his football in Japan for OCOCIAS KYOTO is noted for his hard tackles and solid passes and this will definitely add some sweetness to the Kotoko midfield if the deal goes through.

Speaking With Hot 93.9FM on the issue, his manager, Mr. John Atanga hinted that the player will call it quit in Japan and definitely return to the Ghana Premier League.

“ I can only confirm that Sarbah definitely wants a return to the Ghana Premier League and this will be soon and most likely he will play for one of the biggest clubs in Ghana. The move will definitely shock a lot of Ghanaians but it’s the best for the player at the moment”.He said on Hot 93.9FM.

He continued,“ I am a Hearts fan but sometimes the player’s interest is paramount and his decisions must be respected, I know coach Maxwell Konadu really admires my player so I will not be surprised if he joins Kotoko before the start of the premier league season in Ghana”.

Sarbah Laryea who joined OCOCIAS KYOTO in February after a successful spell with Accra Hearts of oak is expected in Ghana soon to complete his deal to Kumasi Asante Kotoko.