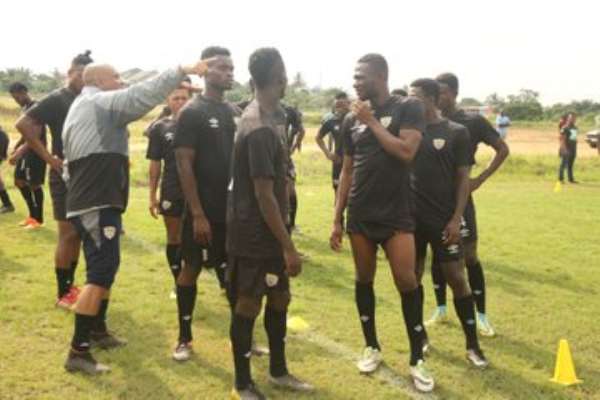 Ghana Premier League giants, Accra Hearts of Oak will regroup tomorrow to intensify pre-season training ahead of the likely return of the local competition before 2019 ends.

Nicknamed the Phobians, the club spent last weekend in Cape Coast where they engaged three lower division clubs in warm-up games to test the strength and fitness of their players.

Kim Grant’s side won one, lost one, and drew a game as well as they played the likes of Glow-Lamp Academy, Cape Coast Vipers, and Skyy FC.

Having handed his squad 3 days to rest, the gaffer will regroup with the team at their Pobiman Park on Thursday to intensify their pre-season training. They are hoping to improve in all departments to ensure they can properly challenge for the Ghana Premier League when it returns.

A statement on the club’s official Twitter handle on Wednesday read, “We return to training tomorrow morning at Pobiman to continue with our preparations for the new football season.

“Hearts of Oak will like to thank our fans in Cape Coast for the massive support they showed during our stay in the Central region last week”.