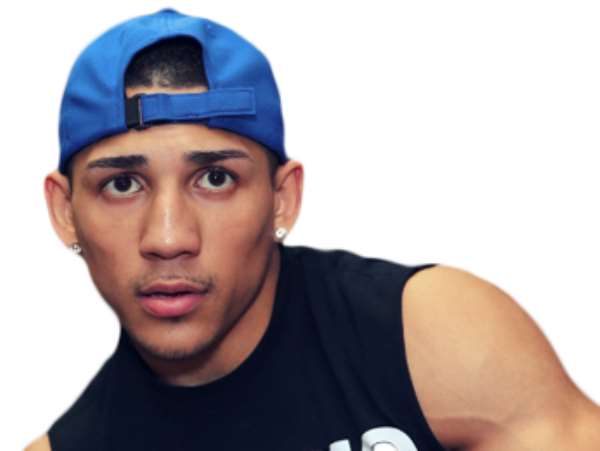 Tickets for the International Boxing Federation (IBF) Lightweight title between champion, Richard Commey of Ghana and Teophimo Lopez from Honduras and USA at the Madison Square Garden in New York on 14 December 2019 have started selling as 5 dollars can win 30 dollars.

The fight is a big deal for both boxers as the want to win to make a statement against Lomochenko who holds the WBO, WBA and WBC belts in the lightweight division.

For Commey, he says it is a great opportunity to fight at the historic Madison Square Gardens and he wants to win to keep his belt, then take on Lomachenko in the fight of his life.

The whole of Ghana is behind Commey, who is currently the only world champion from the country that has produced 10 world champions.

Commey hails from Bukom in James Town in Accra, and he is not afraid to fight anybody as in Bukom, fighting is the hobby of the people.

Commey wants the world to know and respect him as a credible champion who can box and dance.

Also known as Azonto, Commey knows winning the title is just the beginning of greater things to come, and he is ready for Lopez.

Both boxers take the orthodox style of stand, but Commey is taller at 5.9 feet (175cm) with a reach and power punching advantage than Lopez at 5.8 feet (173cm).

Commey also has much experience in the ring than the younger Lopez who will taste the venom of Bukom.

Already in America bookmakers are predicting a 57% win for Lopez against 43% for Commey. If Lopez remains complacent with the predictions, he will meet the match of his career.

The fight which is under the promotion of Top Rank will feature other exciting bouts.