PSG v Marseille: Mbappé in the frame for le clasico 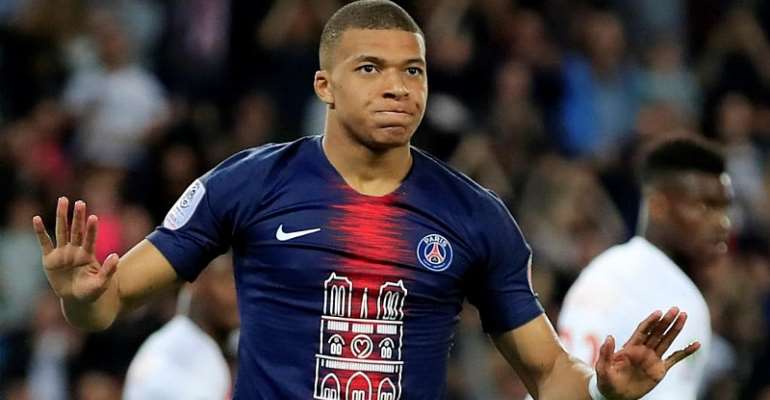 As Ligue 1 pacesetters Paris Saint-Germain prepare to unleash Kylian Mbappé on Marseilles, Nantes could close to within two points of the leaders on Friday night provided they beat mid table Monaco at the Stade de la Beaujoire.

The clash should offer a fascinating contrast of styles. Nantes owe their rise to one of the meanest defences in the French top flight while Monaco boast the second most prolific strike force in the division.

They have scored 18 goals in their 10 games. But Monaco's defence has not been as stellar. The back line has been breached 21 times and Javier Bardim's men lie in 14th place with 12 points - two points above the relegation zone.

At the other end of the table, eight points separate PSG from fourth placed Marseille. Thomas Tuchel's charges will be favourites to inflict more misery on the visitors to the Parc des Princes on Sunday night.

Marseille last won in Paris in February 2010 while they were on their way to the French title. Since then they have suffered eight defeats and a draw. The gulf in class between the two rosters has reduced a flaming cauldron of an encounter into a tea and cakes picnic.

And PSG will be boosted by Mbappé'es likely return to the starting line-up. The 21-year-old was out for two months through injury.

But he started his rehabilitation at Nice on 18 October where he came off the bench in the 83rd minute to calm PSG's nerves with their third goal. The visitors eventually won 4-1.

Salvo
On Wednesday in Belgium in the Champions League the France international was even more destructive.

He entered the fray against Bruges in the 52nd minute. Within 10 minutes he had scored his side's second goal and set up Mauro Icardi for the third. Mbappé added another two in the closing stages to complete his hat trick in the 5-0 blitz.

"It's true that I wanted to play from the beginning," said Mbappé after the game in Bruges. "And I thought I was going to play from the start but the coach decided otherwise and you have to accept the decision. But once I got on, I wanted to show him that it shouldn't be easy to overlook me."