I Don't Look For Records, They Look For Me - Ronaldo 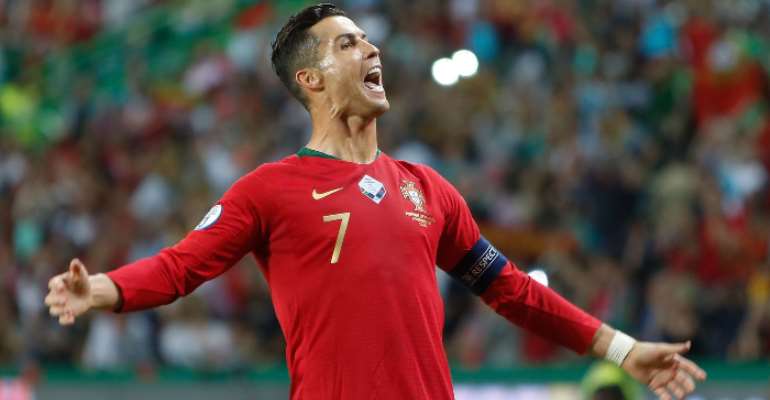 Cristiano Ronaldo has lost count of the number of records he has broken, the Portugal forward said after scoring the 700th goal of his career during a 2-1 defeat to Ukraine on Monday.

"The records come naturally, I don't look for them, the records look for me," he told reporters after scoring his 95th goal for his country.

"It's not for anyone to reach this number and I thank everyone, teammates, colleagues, coaches and everyone who helped Cristiano become the player that he is."

However, Ronaldo said that the defeat to Ukraine in a Euro 2020 qualifier took some of the shine off the achievement.

"It's a nice moment in my career but there was a bitter taste because we didn't win," he said. "We played well, but we didn't win. We did everything we could and we had plenty of chances."

Ronaldo is the all-time leading scorer in the Champions League with 127 goals, holds the record for the most goals in a single Champions League season, is Real Madrid's all-time highest scorer and Portugal's most capped player and record scorer.

The first five goals of Ronaldo career were scored for Portugal's Sporting in 2002-03.

He then scored 118 goals in 232 appearances during six seasons with Manchester United and, remarkably, averaged over a goal a game for Real Madrid, scoring 450 in 438 appearances over the course of nine seasons.

In just over one season with his current club Juventus, he notched a further 32 goals in 51 matches.

Despite the defeat, Portugal remained second in Group G with 11 points from six games, one ahead of Serbia, and will qualify for Euro 2020 if they win their remaining matches, at home to Lithuania and away to Luxemburg.