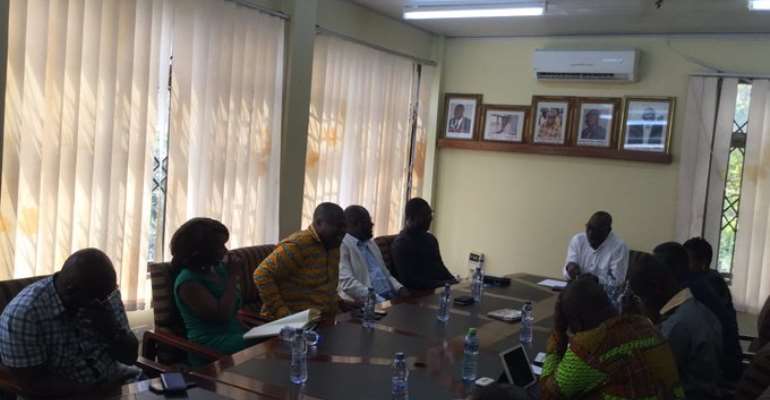 The Normalization Committee (NC) has completed the balloting for the candidates of the Ghana Football Association (GFA) presidential election to determine where each of them will appear on the ballot paper on the day of the elections.

We are two weeks away from electing a new president for the association after successfully adopting a new statute last month.

A total of seven aspirants filed nominations last month but only six have been given the clear to contest at the end of a grilling exercise by a five-member vetting committee put together by the elections committee.

Tema Youth FC owner, Wilfred Osei Palmer was disqualified from the presidential race fro breaching the ethics of the FA.

At a short ceremony in Accra on Friday, October 11, 2019, the NC has finished the balloting for the presidential aspirants ahead of the crucial elections.

Kurt Okraku will be the first on the paper, followed by George Afriyie, with Lawyer George Ankomah taking the bottom spot.

This is how the candidates will appear on the ballot paper.