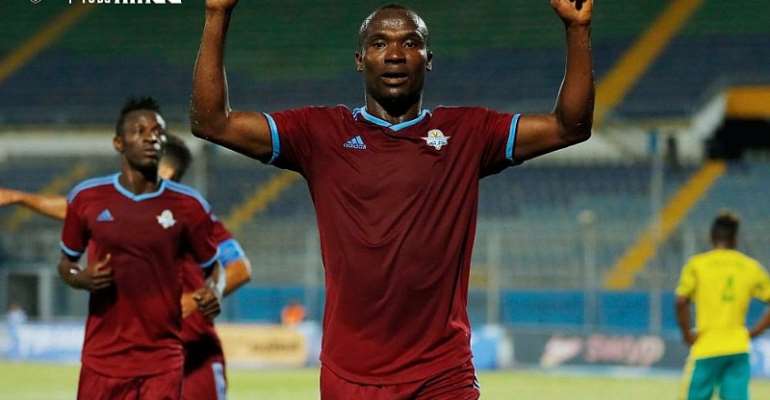 Pyramids FC have advanced to the play-off round of the 2019/20 CAF Confederation Cup after defeating CR Belouizdad 2-1 on aggregate.

The Algerian side drew 1-1 with Pyramids in the first leg, but the latter were able to beat CR Belouizdad 1-0 in the second leg thanks to John Antwi’s second-half strike.

Both teams had a slow start to the game and had half chances as the first half ended 0-0.

Pyramids’ new signing John Antwi stepped up for his side in the 57th minute when the former Al Ahly player capitalized on a defensive mistake and struck the ball with venom at the near post to make it 1-0.

Three minutes later, Pyramids almost doubled their lead when Mohamed Farouk sent a powerful low cross into the box which was met by Eric Traore, but his shot went wide.

In the 68th minute, CR Belouizdad’s Amir Sayoud tested Ahmed El-Shenawy when he struck a beautiful freekick, forcing a good save from the Pyramids goalkeeper.

The hosts piled more pressure on Pyramids when Larbi Tabti’s shot from outside the box went over the bar in the 81st minute.

With this result, Pyramids have now qualified for the play-off round of the 2019/20 CAF Confederation Cup, where the winners of this round qualify for the group stages of this tournament.