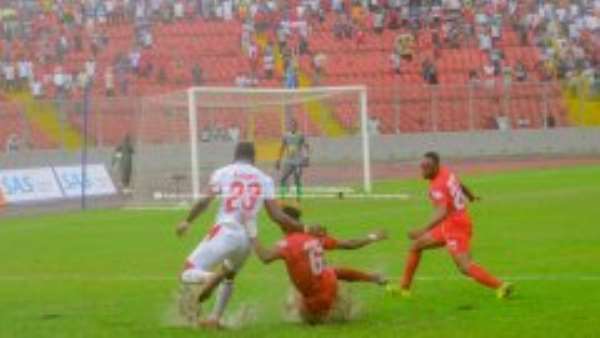 Accra Hearts of Oak will lock horns with Kumasi Asante Kotoko on Sunday, October 27, 2019, for the replay of this year’s edition of the prestigious President Cup.

The two most glamorous clubs in the country met at the Baba Yara Sports Stadium earlier this month to honour the first gentleman of the land but unfortunately could not see out the full 90 minutes.

Some heavy downpour on the day forced referee for the match, Bernard Domfeh to bring proceedings to a halt just 10 minutes into the first half when it was still goalless.

Following several engagements with stakeholders, the Ghana League Clubs Association (GHALCA) who are the organizers of the cup match has confirmed that the game will be replayed on the last Sunday of October.

Vice President of the association, Mr. Alex Ackumey made the revelation today in an interview with Nhyira FM even though Hearts and Kotoko are yet to announce to their supporters.