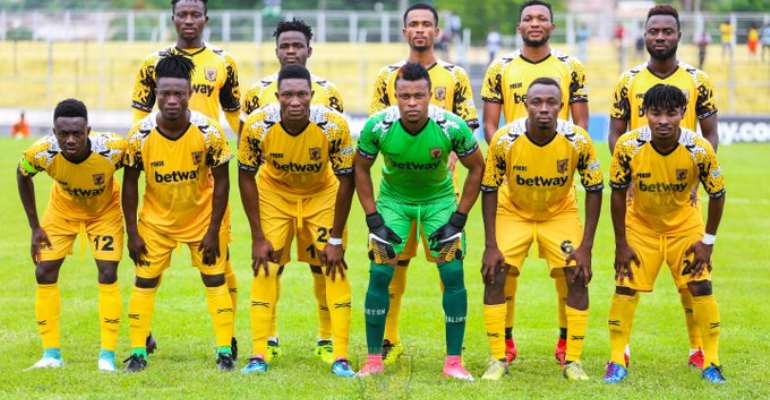 Ghana’s representative for this year’s CAF Confederations Cup, Obuasi Ashanti Gold will be flying out to Morocco this afternoon ahead of the crucial second leg meeting with RS Bekane.

Nicknamed the Miners, Ashgold is targeting qualification to the group stages of this year’s continental showdown after impressing in the first round when they were paired against Equatorial Guinea side Akonangui FC.

Now at the second stage of the competition, the Yellow and Black club has been billed to go head to head with Bekane over the course of two legs.

The first leg was played at the Len Clay Sports Stadium approximately two weeks ago and ended with Ashgold narrowly urging RS Bekane by three goals to two.

The result presents many uncertainties as both clubs continue their preparations for the return leg this weekend in Morocco.

The Obuasi-based club has now wrapped up preparations in Ghana and is set to depart for the North African country today.

The team arrived in Accra on Tuesday evening and will pick a flight from the Kotoko International Airport before 14:00GMT.

The deciding match between RS Bekane and Obuasi Ashanti Gold will be played at the Stade Municipal de Berkane on Saturday, September 28, 2019.