Expect More Goals From Me - Richard Arthur To Kotoko Fans 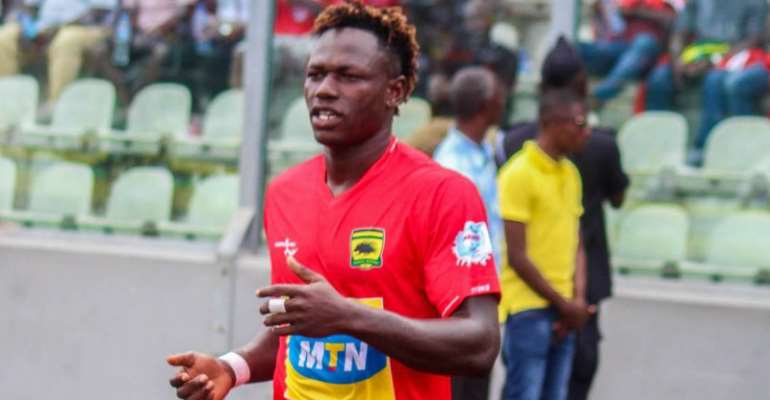 Kumasi Asante Kotoko attacker, Richard Arthur has revealed that fans of the club can now expect more goals from him after opening his account in their 2-0 victory against Etoile du Sahel in the CAF Champions League.

The former Wa All Stars poster boy joined the Porcupine Warriors in the summer transfer window and has been eagerly waiting to net his first goal for the side.

He finally got the goal he has been waiting for last Sunday when the Ghana Premier League giants hosted their opponent from Tunisia in the first leg of their second-round tie in CAF’s top-tier inter-club competition.

Speaking in a post-match interview after the victory, Richard Arthur has assured fans of the Kumasi-based club that he will be banging in more goals in subsequent matches.

“I feel good. As a striker, you need to step up to the stage in big games like this. I am very happy that the floodgate of my goals has finally opened and I hope it continues”.

“All that I was craving for was my first goal for Asante Kotoko and thankfully, I had it, so the supporters should expect more from me because more goals will follow”, Richard Arthur said in an interview with Kotoko Express.

He is expected to be part of the Kotoko team that will travel to Tunisia later this month for the return leg of their fixture with Etoile du Sahel.