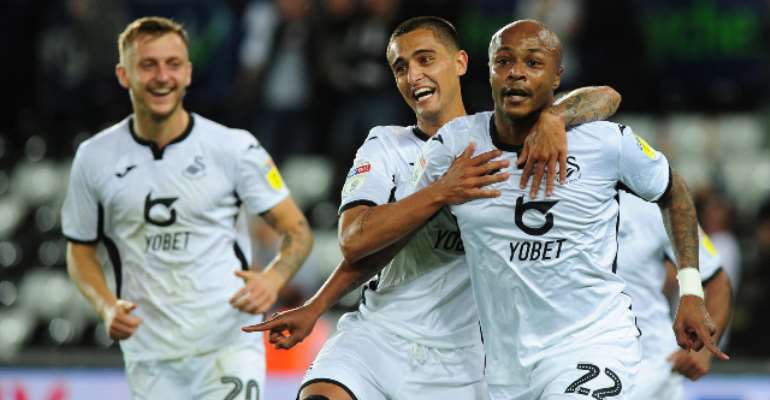 After his impressive start for Swansea City, fans of the club have called on Andre Ayew to stay at the club.

The Ghanaian international has been linked away from the club after returning to the club from Fenerbache.

The 29-year-old spent last season at the Turkish side on loan.

The Ghana skipper climbed off the bench to score a brace in the Carabao Cup against Northampton Town to win 3:2.

He also played a huge role in the 3-2 win over Preston before providing two assists as the Swans beat QPR on Wednesday.

However, Andre’s performances for the Welsh club at the start of the season have had fans reconsidering this and praying for the window to shut.

Some have also taken to Twitter to appeal to the Black Stars captain to stay at the club.

A number of them believe that keeping Andre and teammate, Borja Baston who has also discovered a new lease of life would almost certainly guarantee promotion back up to the Premier League.

Swansea have played four games this season, Andre Ayew has played three of them, and has been influential in each.

His performances have had Swansea fans buzzing and has left many of them wondering whether only one Ayew leaving this summer might be enough.