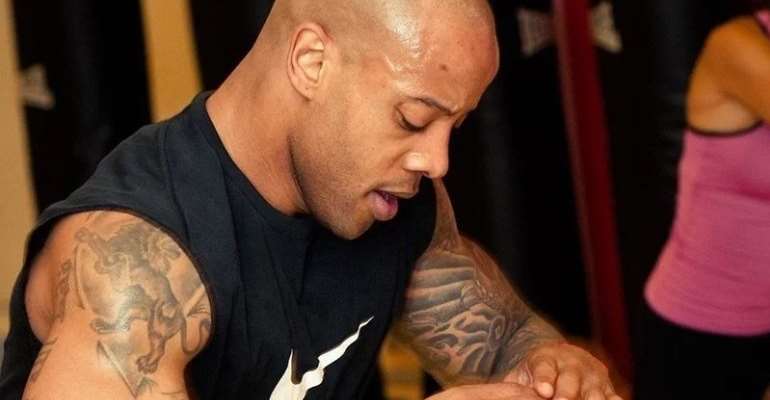 Coach Kwasi Appiah, head coach of the Black Stars has mourned the shocking demise of the former striker of Junior Manuel Agogo.

The former Bristol Rovers and Nottingham Forest striker passed on on Thursday morning in a hospital in London.

According to the former Al Khartoum tactician, Junior Agogo was very hard working, eloquent and behaves professionally at training even though he is very jovial sometimes he is really a good person and a player to be with.

“Agogo was the type of player who was loved by many people here in Ghana, we knew he was sick but never thought he could leave us so soon we are all saddened by his demise our condolences to the whole family I believe that they will stay strong especially in this difficult times on behalf of the whole technical team of the Black Stars," he told gbcghanaonline.

“I remember him for one thing which is, most times when the players are supposed to sleep Agogo will not he will be disturbing everybody joking though he was very jovial we will miss him so much his soul rest in perfect peace, it’s was a different and difficult afternoon for us of all after receiving this bad news “

Agogo, who played 27 times for Ghana, scoring 11 goals, began his career with Sheffield Wednesday but left to play in the United States after making just two appearances for the Owls.

He returned to England with Queens Parks Rangers in 2002, before going on to play for Brentford.

Agogo is best known for his time at Bristol Rovers where he scored 40 goals in three seasons.

He joined Nottingham Forest in 2006 and helped them achieve promotion to the Championship.

Agogo suffered a stroke in 2015, just three years after playing his final game in professional football for Scottish club Hibernian.