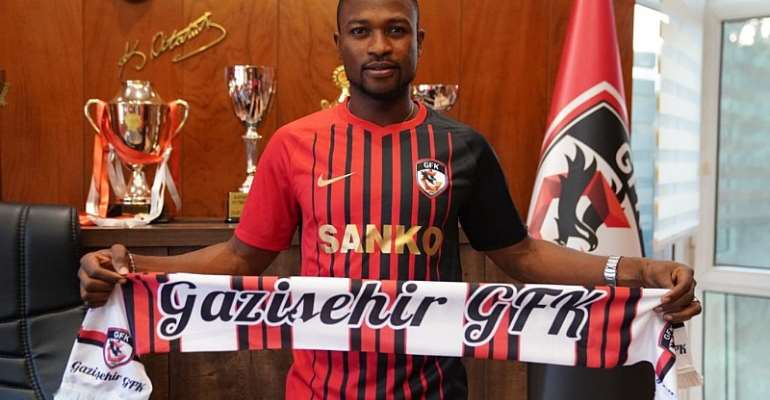 Ghanaian international, Patrick Twumasi has successfully sealed a loan move from Spanish La Liga side Deportivo Alaves to Gazişehir Gaziantep F.K. ahead of the start of the Turkish Super Lig season this weekend.

The exciting forward joined the La Liga outfit from Astana last season but failed to play a key role for the side during the 2018/2019 season. He only managed to feature 14 times and spent the larger part of the season on the bench.

In a bid to enjoy regular playing time this season, he has secured a loan move to the camp of the Turkish Super Lig newcomers.

He arrived in the Gaziantep last night and had his mandatory examination on Friday afternoon before signing the necessary papers that will see him donning the jersey of the club in the upcoming season.

Patrick Twumasi, now 25 years of age is expected to give Gazişehir Gaziantep F.K. a boost in their attacking third as they bid to maintain their Super Lig status at the end of the season.