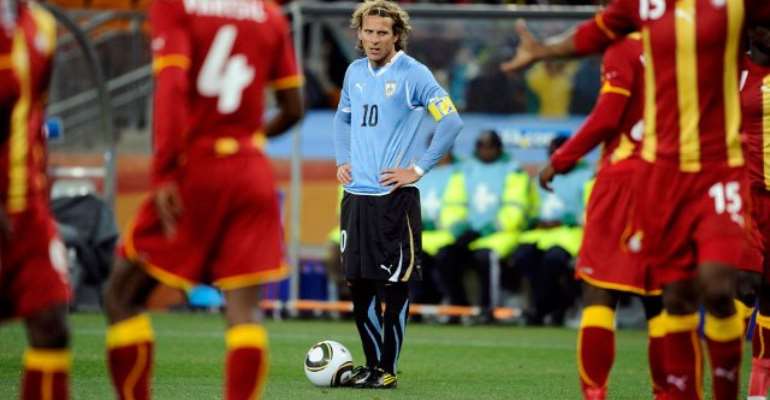 Forlan has decided to step away from the professional game aged 40, having been without a club since making seven appearances for Kitchee in Hong Kong in 2018.

Forlan, who won 112 caps for Uruguay, helped United to their eighth Premier League title in 2003 and the Europa League with Atletico in 2009.

And after a decorated 22-year professional career, he revealed on Twitter on Wednesday he has called it a day. He wrote:

"After 21 years I made the decision to end my career as a professional footballer. A beautiful stage closes full of great memories and emotions but another new challenge will begin. Thanks to all who in one way or another accompanied me on this path!"

Forlan played for ten clubs including United and Atletico, also plying his trade for Villarreal and Inter Milan.

Following that he enjoyed spells at Internacional, Cerezo Osaka, Penarol, Mumbai City and Kitchee in the latter stages of his career.

On the national stage he is Uruguay's third-highest goalscorer behind Luis Suarez and Edinson Cavani.

Forlan lifted the Copa America in 2011 and also won the golden ball at the 2010 World Cup in South Africa where Uruguay finished fourth.