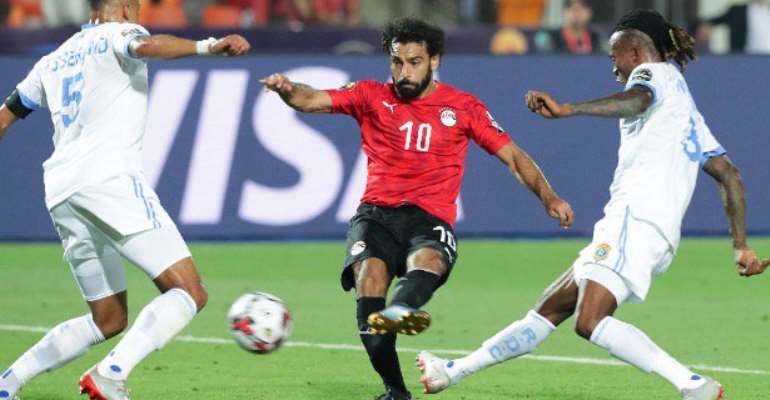 A well-taken goal from fans favorite Mohammed Salah turned out to be the icing on the cake for the Pharaohs of Egypt on Wednesday night when they defeated D.R Congo 2-0 in the Africa Cup of Nations (AFCON) tournament.

The win which is the second for the host nation in Group B has sent them straight into the round of 16 of the continental showpiece with a game to spare against the Cranes of Uganda.

The Liverpool forward scored his first goal at this year’s tournament with a sublime strike that sent a packed Cairo International Stadium and the whole country ablaze.

Before that goal though, Aston Villa defender, Ahmed Elmohamady had already put the Egyptians in front with a fine taken goal inside the opposition’s 18-yard box after they failed to clear their lines.

The win leaves the host nation topping group A with 6 points which means they have already advanced into the knockout stage.

Below is the highlight of Egypt’s 2-0 win over D.R Congo yesterday.