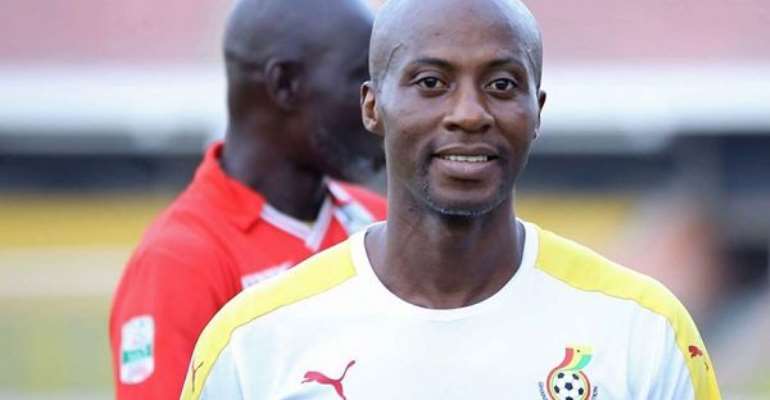 Black Stars assistant coach, Ibrahim Tanko, has revealed that Ghana tried a new system of play against South Africa to see how it will work at the Egypt 2019 Africa Cup of Nations (AFCON).

In a chat with the Daily Graphic yesterday from the team’s Dubai base, Coach Tanko said the Stars began last Saturday’s scoreless draw game with the 4-2-3-1 system, with Kwadwo Asamoah and Thomas Partey in midfield and skipper Andre Dede Ayew playing the typical number 10 role.

He, however, revealed that the Stars started slowly and needed about 10 minutes to settle and get their rhythm as Asamoah and Partey, who are both offensive midfielders, struggled initially to adjust to the defensive midfield role.

“It was a very good game for us.
"The first five minutes was a bit slow because we tried a new system (4-2-3-1), with Kwadwo Asamoah and Partey playing as the two midfielders and Dede {Ayew} as the number 10.

“As you know, both players are offensive-oriented so we had a problem as to who would stay and who would go but after 10 minutes we settled and got our rhythm,” he noted.

According to him, the Stars dominated the rest of the first half and created some good scoring opportunities.

They even scored a goal through Jordan Ayew, which was disallowed by the referee.

He further disclosed that Ghana resorted to the 4-4-2 system in the second half, with young striker Kwabena Owusu and Jordan Ayew leading the attack, while Samuel Owusu and Dede operated on the right and left wings, respectively.

He added that later in the game, Mubarak Wakaso and Afriyie Acquah replaced Asamoah and Partey, respectively, while Asamoah Gyan also joined the action in the 70th minute.

Coach Tanko described the match as a good exercise that would help the Stars in their final preparation towards their departure to Egypt on Thursday.