AFCON 2019: Sharpshooters Showdown In Group B At Africa Cup of Nations 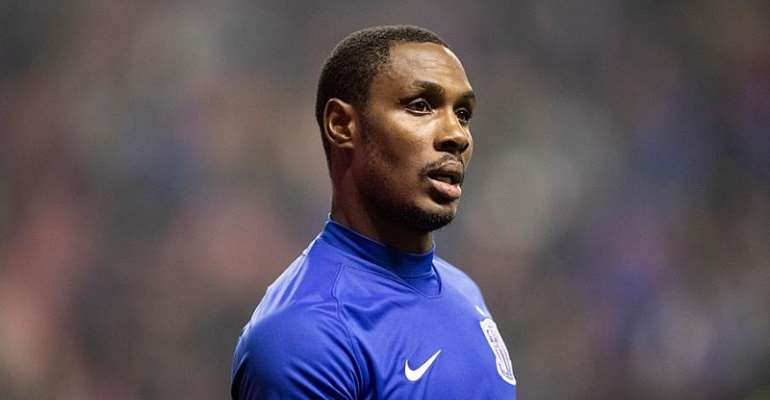 The sharpest shooters in 2019 Africa Cup of Nations qualifying, Odion Ighalo of Nigeria and Fiston Abdul Razak of Burundi, will come face to face in Group B at the finals this month.

While Ighalo and his Super Eagles teammates are favoured to top the four-nation table and advance to the knockout stage in Egypt, Abdul Razak and the Swallows may struggle.

Burundi are the lowest ranked of the 24 sides at the June 21-July 19 tournament and the best they can be expected to hope for is third place below Nigeria and Guinea and above Madagascar.

The countries finishing first and second are guaranteed round-of-16 slots while the best four of the six third-placed teams also qualify.

Here, we run the rule over the Group B hopefuls and assesses their prospects in the biennial African football showpiece:

The tiny central African country secured a first appearance at the expense of favoured Gabon despite drawing four of six qualifiers.

Algeria-based Abdul Razak starred with six goals at an average of one per match – a total bettered only by Ighalo, who netted seven times.

But having tormented the defences of Mali, Gabon and South Sudan, can he wreak more havoc against the stronger Nigerian and Guinean defences?

Olivier Niyungeko, who has succeeded where a string of foreign coaches failed, chose Burundians based in 13 countries and also picked one local, goalkeeper Jonathan Nahimana.

Warm-up losses to lower-ranked opponents the Gambia and Benin in Morocco could sow self-doubts and there has also been the distraction of injured midfield star Naby Keita.

He injured a thigh playing for Liverpool at Barcelona in the Champions League semifinals and admits to "not yet being fully fit".

Put, who took outsiders Burkina Faso to the 2013 final, will expect a lot from Ibrahima Traore, a winger based in Germany whose footwork can bewilder even the tightest defences.

Verdict: Quarterfinals a realistic goal
MADAGASCAR
Like Burundi, the Indian Ocean islanders who are making their Cup of Nations debut will eye third place and qualification as one of the four best teams in that position.

French coach Nicolas Dupuis has worked wonders with a side that got to Egypt by finishing above Equatorial Guinea and Sudan, and he also coaches a lower-league club in his homeland.

He believes practice makes perfect, saying: "Madagascar used to play three or four matches a year and were going nowhere. We now make full use of every international window."

Dupuis has also convinced France-born Thomas Fontaine, Romain Metanire, Jerome Mombris and Jeremy Morel to represent a country they are linked to through parents or grandparents.

Verdict: reaching second round would complete a fairytale

NIGERIA
The three-time champions are back at the Cup of Nations after unexpectedly lifting the trophy in 2013 and then failing to qualify for the next two editions.

They should take advantage of a kind draw and cruise into the second round, but Nigerian supporters will expect much more from a team coached by experienced German Gernot Rohr.

When the Cup of Nations was last staged by Egypt in 2006, the Super Eagles finished third behind the host nation and the Ivory Coast.

Verdict: Anything less than a semifinal place will be considered failure