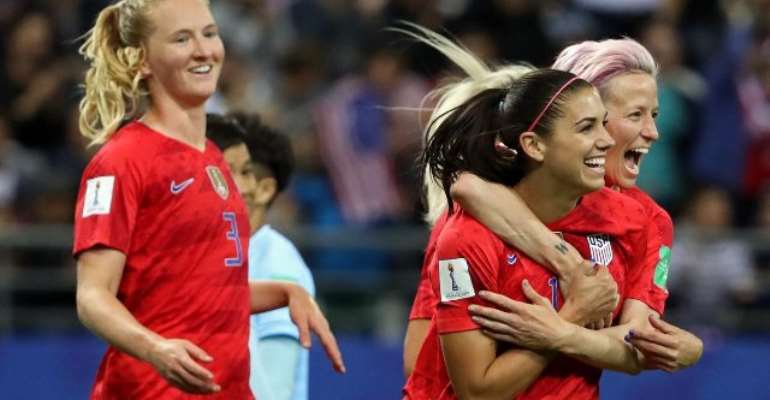 The United States of America’s Women’s National Team put on a master-class in the Women’s World Cup on Tuesday, routing a shell-shocked Thailand 13-0.

Forward Alex Morgan scored five in a brilliant individual display, and Thai supporters were left visibly shocked by the extent of the defeat come full-time.

A remarkable flurry of four goals in just six minutes early in the second half turned the match from a routine victory into a rout, but the USA didn’t let up late on, scoring, again and again, to underline their status as the team to beat at the tournament.

Thailand will take solace from the fact they will not face a team this good again, but that will be little comfort after such a humiliating loss.