Migne takes Kenya squad to Paris for CAN training camp 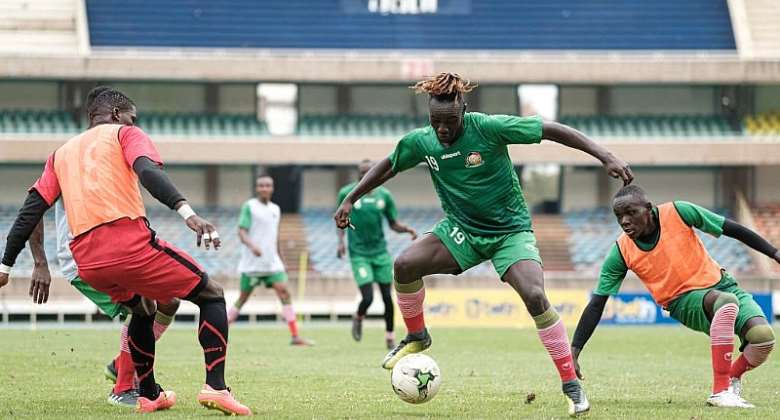 In preparation for their first foray into Africa Cup of Nations (CAN) in 15 years, French coach Sebastien Migne is creating a boot camp for the Kenya national football team outside of Paris for three weeks of hardcore training.

Kenya, currently ranked 108th by FIFA, will need to bring their A-game to the field as they face formidable Algeria, Senegal and Tanzania in their first group phase match that begins on 23 June in Egypt.

Head coach Migne told Agence France Presse newswire in Nairobi that it was “difficult to stay in the country” because of too many distractions. He had announced his selections for the 30-man team in early May, which garnered a lot of attention from Kenyans, particularly on social media, and not all attention was positive.

"There were a lot of comments at that time, and we need some peace and quiet to prepare for this competition," said Migne.

"And the weather was very important to me. During this preparation, we will have many sessions, sometimes three times a day and you can't do that in a hot country,” he added.

The men will be training in Marcoussis, the French national rugby training ground outside of the capital.

Migne will need to whip the Harambee Stars, the national team, into shape – they have only qualified for CAN six times in 1957, and have only won one game in the tournament.

A surprise win against the superstar Ghana national team propelled them to CAN, but Migne said the team needs to solidify their position.

“What is important now is to confirm (our performance)... we're not going to go to Egypt as tourists," he said.

One of his top players is Kenya captain Victor Wanyama, the Tottenham Hotspurs midfielder who could be playing in the Champions League final against Liverpool in a highly-anticipated match.

"The (Champions League) final takes place on June 1. I will let him celebrate his trophy for two days, and on the morning of the 4th, he must be in Marcoussis," said Migne.