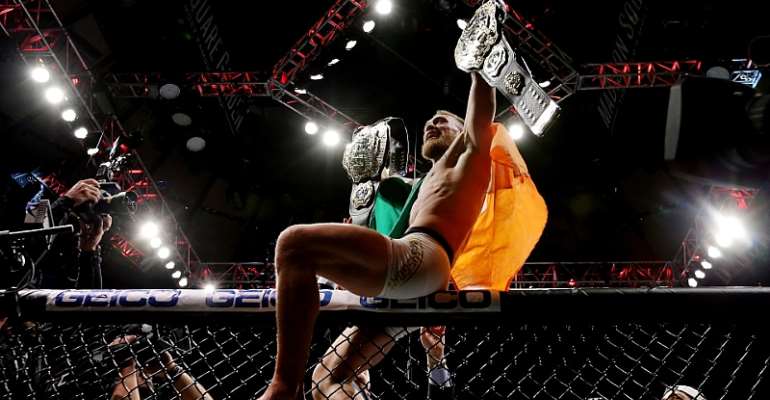 Conor McGregor has announced he has retired from mixed martial arts.

Using Twitter to bow out, the former UFC two-weight champion wished his former colleagues well in his announcement on Tuesday morning.

“I wish all my old colleagues well going forward in competition.

“I now join my former partners on this venture, already in retirement.

“Proper Pina Coladas on me fellas!”
McGregor, 30, returned to the octagon last October after a hiatus of nearly two years to fight Khabib Nurmagomedov for the lightweight strap.

He lost via a fourth-round submission, but the event was marred by a post-fight brawl which led to both fighters being fined and suspended.

The ‘Notorious’ was on The Tonight Show with Jimmy Fallon on Monday night and actually told the American talk show he was in discussions to fight this summer, with his ban ending in April.

“We’re in talks for July,” McGregor said. “So we’ll see what happens. A lot of politics going on. The fight game is a mad game. But again, like I said, and to my fans, I am in shape and I am ready.

“I have done my piece for the company. I don’t necessarily need to fight. I am set for life. My family is set for life. We are good, but I am eager to fight. So, we’ll see what happens. I’m staying ready.”

Since making his debut with the company in 2013, McGregor (21-4) has quickly become one of UFC’s biggest stars.

And this is not the first time he has told the world he is retiring from fighting.

In a 2016 post, he wrote: “I have decided to retire young. Thanks for the cheese. Catch ya’s later.”

However, UFC president Dana White believes this could be it for the Irishman.

Speaking via text to ESPN, he said: “He has the money to retire, and his [Proper 12] whiskey is KILLIN it.

“It totally makes sense. If I was him, I would retire too. He’s retiring from fighting. Not from working. The whiskey will keep him busy, and I’m sure he has other things he’s working on.

“He has been so fun to watch!!! He has accomplished incredible things in this sport. I am so happy for him, and I look forward to seeing him be as successful outside of the Octagon as he was in it.”

There was a long list of fighters ready to take on McGregor in his long-awaited comeback, with Donald ‘Cowboy’ Cerrone among them.

A trilogy fight with Nate Diaz who he has lost to and beaten in their previous two meetings has also been mentioned.