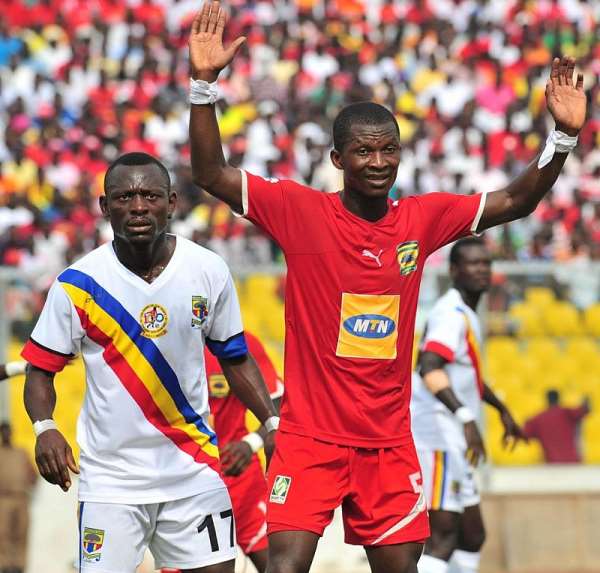 The Accra Representative of Ghana Premier League side Asante Kotoko, Nana Kwame Dankwah has confirmed that his outfit has opened talks with Daniel Nii Adjei over a possible return to the club.

The former TP Mazemebe midfielder on Monday confirmed that he is open to re-join the club if he is approached by management.

According to the club's Accra rep, they have commenced negotiations with the 30-year-old midfielder but they are yet to finalize anything.

"It is true we are talking to Nii Adjei on a possible come back to Kotoko," Nana Kwame confirmed on Oyerepa FM.

"Nothing concrete has been settled on because we even doing consultations om such recruitments.

"These consultations are done with the technical bench and so whether he will be signed or not will be influenced by coach CK Akunnor's input," he added.