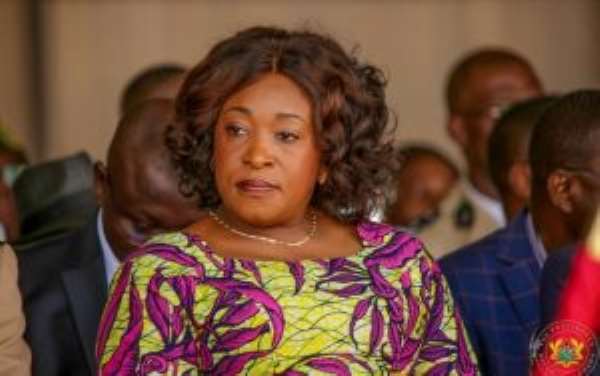 Some 32 Ghanaian football lovers who travelled to watch the 2018 FIFA World Cup in Russia have been left stranded in the capital, Moscow.

In a Citi News interview, the Deputy Minister for Foreign Affairs, Charles Owiredu said his office was alerted by the Russian authorities about the development.

He said with the assistance of the Nigerian embassy in Russia, spaces were secured on a Nigerian chartered flight to evacuate the stranded persons.

The Deputy Minister disclosed that 20 of the Ghanaians are currently in Abuja, awaiting a connecting flight back home.

“Luckily for us, we had very good cooperation with the Nigerian Ambassador in Moscow. Nigeria was in the World Cup, so they had chartered a flight for their supporters to be sent back to Nigeria. We agreed that they could get us some space on our aircraft.

“They got us 20 of these stranded supporters on this Nigerian flight to Lagos. As we speak, I am aware that our mission in Abuja had made plans for our colleagues to be brought back to Accra. Four of them are going to procure so they should be in Ghana by now. The outstanding number is eight who are being kept in a hostel, and we are making plans to keep them out of Moscow as quickly as possible.”

In April 2018, a similar development occurred after it emerged that 50 Ghanaians had been deported from Australia after they were deemed to be “non-genuine travellers” posing as journalists for the Commonwealth Games.

According to Australian authorities, although all the affected persons had the necessary accreditation, they were not convinced the reported persons were real journalists.

Many were said to lack necessary journalistic tools like smartphones, recorders or cameras and had no idea about the sporting disciplines they were going to cover.

Following this, the government referred the case to the National Security for investigations to begin.

The Minority in Parliament, however, rejected this mmove, insisting on an investigation of the scandal independent commission of inquiry under article 278 of the Constitution of Ghana.

In the midst of the probe into the scandal, the office of the Deputy Secretary-General of the Ghana Olympic Committee, Rev. Richard Quarcoo, was ransacked.