Ghana Striker Patrick Twumasi To Be Unveiled By Alaves On Monday 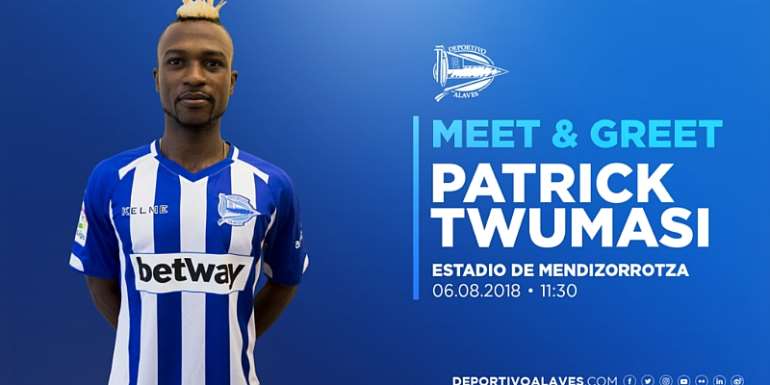 Ghana forward Patrick Twumasi will be unveiled by Spanish La Liga side Deportivo Alaves at the Mendizorrotza Stadium on Monday.

The former Astana forward, who signed a four year deal with the Spanish club will be presented to the fans of the club ahead of the new La Liga season.

Twumasi has already joined the club in preseason as the team prepares for the new campaign.

The Ghana International made the switch to Spain after five years in Kazakhstan, where he scored 60 goals for Astana.

The attacker played a total of 29 games last season, in which he scored 18 goals and contributed 3 assists.

He is the fourth signing of the club after Borja BastÃ³n, Jony and Ximo Navarro.

The 24-year-old joins compatriot Mubarak Wakaso, who has been with the club since last season.