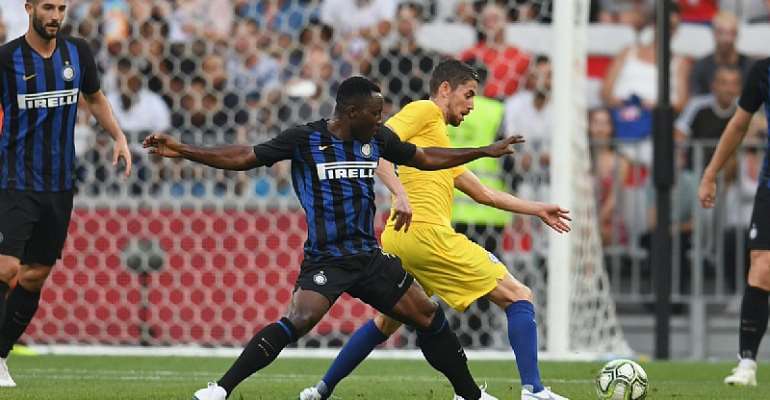 The match finished 1-1 in regulation time with Pedro and Gagliardini scoring the goals for each side.

Morata made the most of some hesitation from Candreva at the back.

He fired off a powerful strike that Handanovic saved but Pedro was there to convert from the rebound.

The Nerazzurri equalised in the 49th minute with Bakayoko making a mistake in possession.

Mario Icardi perfectly set up Gagliardini and the Nerazzurri’s number five beat Caballero with a shot across goal.

However, the English giants won the match beating Inter Milan 5:4 on penalties.

Kwadwo Asamoah, who joined the former European champions enjoyed the full minute of the match.

Luciano Spalletti side face Lecce on Saturday 4th August against Lyon in the ICC.