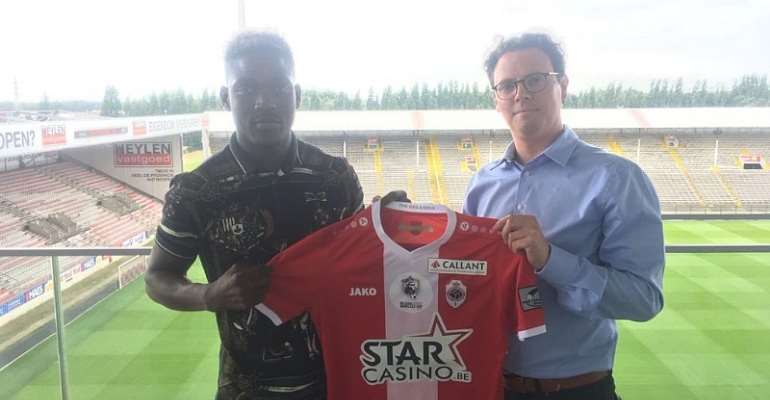 Ghana defender Daniel Opare is looking to resurrect his football career in Belgium with Royal Antwerp following a difficult time at German Bundesliga side Augsburg.

The 27-year-old endured a difficult last few months after Augsburg kept him in the cold and told him to look for a new club in February for being 'dishonest' and 'shown no loyalty to the club's values' amid transfer talks with Schalke 04.

He signed a two-year deal with the four-time Belgian champions earlier this month and is hoping it will be a stepping stone to kick-start his career.

"Sometimes things happen in football, hey, I played every time at Augsburg first, but when my contract expired, they gave someone else a chance because I did not want to sign in. I came back here to find some stability and then to decorate a transfer again"

He started his career at AshantiGold in his native country before spells in Tunisia, Spain and Turkey.