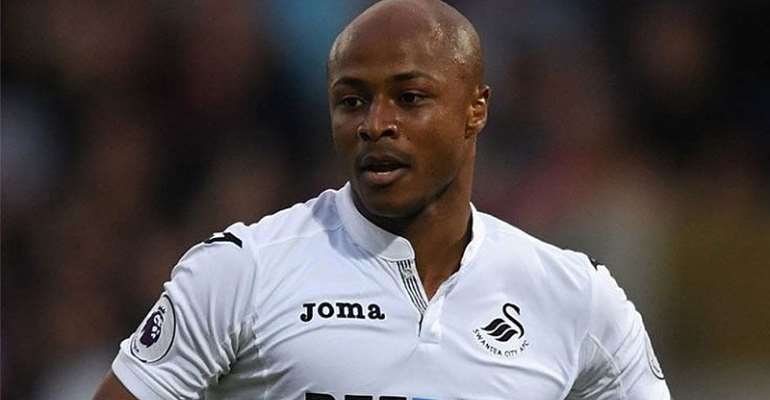 The Turkish giants are keen to sign the former West Ham United forward on a season-long loan with an option to buy.

The Swans are battling to lower wage bill following their relegation to the Sky Bet Championship at the end of the 2017/2018 season.

The Turkish outfit, who finished second in the Super Lig last season, Besiktas and English Premier League side Newcastle United were reported to be chasing the Ghanaian signature but it seems Fenerbahce have almost beaten them to the race.

Ayew landed in Istanbul for talks and is expected to have a medical with the Turkish club on Thursday ahead of a season-long loan.

The former BBC player award winner not involved in the Swans 2-1 friendly loss against Spanish club Eibar on Tuesday as he was set on leaving for Turkey.

He re-signed for the Welsh-based club in January for a club record fee of 20million pounds from West Ham.

However, he failed to score in 12 appearances after joining for his second spell at the club as the club were relegated to the Championship.