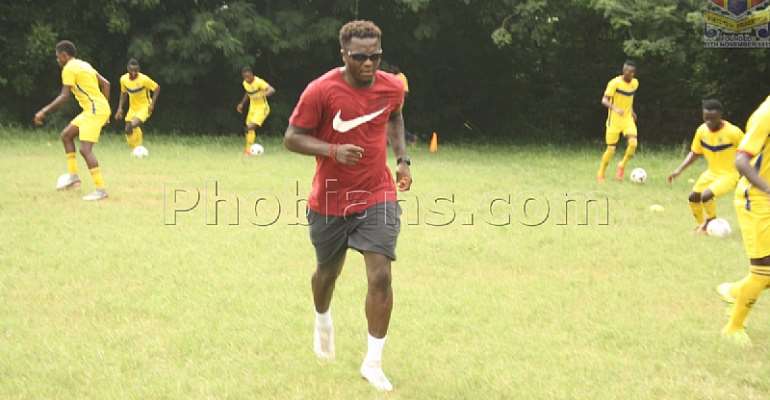 The Managing Director of Premier League side Hearts of Oak, Mark Frank Noonan has applauded Sulley Ali Muntari describing him as the most perfect example of class.

The former Inter Milan midfielder who is on vacation has been training with Hearts at the Legon Ajax Park for the past two weeks in a bid to keep shape.

Muntari, on Monday, dashed all the 22 players $100 after training.

However, on Tuesday, UEFA Champions League winner presented the team with frozen fruits to the team.

The 33-year-old midfielder started training with the former Premier League champions on the 11th July and CEO Noonan has praised Sulley’s choice of club.

“I think Sulley’s decision to train with us is awesome. It is a credit to the quality of the Hearts brand for the fact that we have kept training in this environment [despite football being at a standstill in this country]," Noonan told phobians.com

“The reports I have gathered from training concerning Sulley’s positive attitude and professionalism has been amazing. Sulley is not only a quintessential professional but a man who has never forgotten where he came from.

“Sulley’s presence will not only inspire our young players to dream big dreams, but it has also shown our players what it means to be a professional.”

Football-related activities in the country have come to a standstill after the airing of the Anas Aremeyaw Anas 'Number 12' documentary which uncovered the rot in Ghana football.