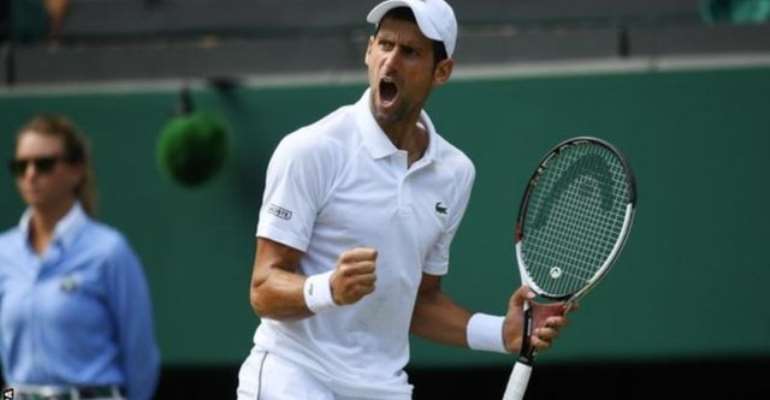 Novak Djokovic became a serious Wimbledon title contender as he made his first semi-final since 2015 with a 6-3 3-6 6-2 6-2 win over Kei Nishikori.

It was a performance of resilience and resolve from the former number one, reminiscent of the player who held all four Grand Slam titles two years ago.

The Serb took the next and fought from a break down in the fourth to win.

This is a 32nd Grand Slam semi-final appearance for Djokovic, although there was some doubt he would reach that mark.

A nagging elbow injury caused him to take an eight-month break from the sport prior to last year's US Open, and he also admitted to having to deal with personal issues.

He dropped out of the world's top 20 - yet his performance in June at Queen's, where he reached the final, suggested the 31-year-old could reach the second week at Wimbledon. But a semi-final?

After seeing off big servers Kyle Edmund and Karen Khachanov, he faced Nishikori, who had recovered from his own serious injury to hit peak form in reaching his first Wimbledon quarter-final.

On Centre Court, it was first blood to Djokovic and it seemed that his opponent would be for the taking. But then the Japanese player, world number four in March last year, survived four break points early in the second set to level.