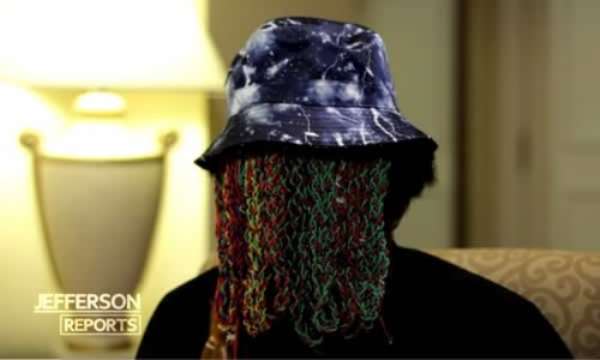 By the time one reads the petition Anas Aremeyaw Anas sent to Fifa, it becomes clear that the journalist does not do things in halves.

Anas is thorough.
And in addition to the more than hour-long documentary that damns former Ghana FA president Kwesi Nyantakyi, the journalist went further to file a petition with world football's governing body, Fifa. The full petition is here, but its length, understandably, puts many off.

We've gone through all of it and here are the highlights.

âœ… How long is the petition?

Sent under the hand of a journalist, Anas Aremeyaw Anas, the crux of the petition is to bring to the attention of Fifa, findings of an investigation conducted by his agency, Tiger Eye PI.

âœ… Why did Anas conduct the investigation?

Per the petition, “the investigation sought to ascertain whether there was any basis for the perception [that Kwesi Nyantakyi is corrupt], especially after the much-publicized money claims fiasco that characterized Ghana’s participation in the 2014 FIFA World Cup in Brazil.”

In other words, Anas was inspired to go through this trouble following the botched World Cup campaign four years ago. This is interesting because in the 'Number 12' documentary itself, the journalist claims to have been inspired by the tragic events of May 9, 2001, when 127 fans died at the Accra Sports Stadium in a meeting between Hearts and Kotoko.

According to him, May 9 seared his conscience, and the 2014 World Cup fiasco simply energized his desire.

âœ… Why is the petition only about Nyantakyi?

The Tiger Eye investigations were principally aimed at him. Although a few other Fifa official (referees, to be specific) were caught on tape taking bribes, Anas could - if he chooses - file separate petitions about them as well. It is unclear if the journalist has done, or will, do so.

âœ… What did the investigation unearth?

Briefly, the petition says that Nyantakyi was found “abusing his office, breaching his fiduciary duties, engaging in acts of egregious conflict of interest, demanding and receiving gifts and other benefits, and engaging in bribery and corruption. These were uncovered by way of hard facts, captured on audio/visual recording, electronic mail correspondence, and a memorandum of understanding drafted by Mr Nyantakyi in his handwriting, and subsequently type-printed and signed by him.”

âœ… Where and when the investigation took place?

The investigation was done over a three-month period, October – December 2017. Anas says his team presented itself to the ex-GFA boss as investors of a company called Medgulf, with a supposed chairman from Qatar called His Highness Sheikh Hammad Al Thani.

Per the petition, “our meeting with Mr Nyantakyi, which was secretly audio-visually recorded, came off on 7 October 2017 in at Jood Palace Hotel in Dubai. It was attended by Mr Nyantakyi, Mr Abdulai Alhassan, my outfit comprising of a person supposedly being H.H. Sheikh Hammad Al Thani, his supposed secretary, Dr Marzuq A. Albadawir, and other staff of the supposed Sheikh, including two other persons, supposedly the brokers of the meeting”.

âœ… What was the mode of communication between the parties?

Kwesi Nyantakyi used his official Ghana FA email address to consult for the Qatari company, including for his proposals on meetings with senior government officials and other non-football related matters.

âœ… Did anything stand out about the agreements?

Yes.
Nyantakyi used companies that, in the end, were owned by him. For example, Fountain Savings and Loans Limited, which the football administrator opted to use in cash transfers, operated through Newfikin Limited (which had 6,500 shares of the outfit), Nyantakyi himself (6,000 shares) and Pro KN Communications (2,250 shares).

Nyantakyi, as the petitioner found, is also the sole shareholder of Pro KN Communications -thus making him the majority equity holder in fountain Savings and Loans Limited - confirming his assertion of ownership.

Another company, Namax, which was mooted as one to be a representative of Medgulf in Ghana, is also wholly owned by Nyantakyi. Indeed, the company was registered in Ghana by the ex-GFA boss TEN days AFTER the meeting in Dubai, to facilitate the transaction. That is to say, it was registered on 17 October 2017.

âœ… What is Nyantakyi’s crime per the Fifa Code of Ethics?

The Fifa Code of Ethics is a body of work detailing acceptable behaviour for all members and officials of world’s football governing body. The petitioner argues that Nyantaky’s infractions against the code number up to seven in the following areas:

* Abuse of position – because he failed to act with complete integrity, contrary to article 13.3, article 13.4.

* Breach of loyalty/fiduciary duty – because he rather acted to serve his own interests to try to gain private financial benefits to the detriment of those who put him in his various positions (contrary to article 15).

* Conflict of Interest – because he sought to act as an agent of the GFA in a deal that involved the same GFA, a clear breach of article 19.

* Demand/receipt of gifts and other benefits – because Nyantakyi breached article 20.1, 20.2 and 20.4 by collecting a gift of USD65,000 and recrafting himself as an agent acting for the other party in a transaction involving the Ghana Football Association, among other benefits.

* Demand for Commission – because he was arranging to receive an agency fee of 5% from Medgulf Company Limited and a further 20-25% from the Ghana Football Association. Nyantakyi breached article 22 that prohibits a person in his position from demanding commission for himself for negotiating a deal in the performance of his duty, without the sanction of the association.

* Bribery and Corruption – because Nyantakyi breached article 21.1 by receiving cash; arranging to receive money; offering money and percentage cuts to the supposed Dr Marzuq A. Albadawir in respect of the sponsorship of the Ghana Premier League; and demanding money for himself and political authorities in Ghana to obtain or retain government contracts, thereby gaining an improper advantage.

Anas also adds: “in addition, Mr Nyantakyi’s conduct was contrary to his duties and amounted to an offering, demanding and receiving an undue pecuniary or other advantages for the execution of an act that is related to his official activities. Further, Mr Nyantakyi breached article 21.3 by not refraining from an activity or behaviour that might give rise to the appearance or suspicion of improper conduct.”

âœ… What next?
After detailing his issues, Anas ends with a bang.
"It is upon the foregoing that we pray that Mr Nyantakyi be banned for life from taking part in any football-related activity in pursuance of article 6.h of the FIFA Code of Ethics."

Fifa would study this petition within a 90-day period. In that time, Nyantakyi has been given a temporary ban from all football-related activity. If Fifa does not reach a resolution by that time, an additional 45 days would be required to finish it off, after which a ruling would be given.

For now, we wait.