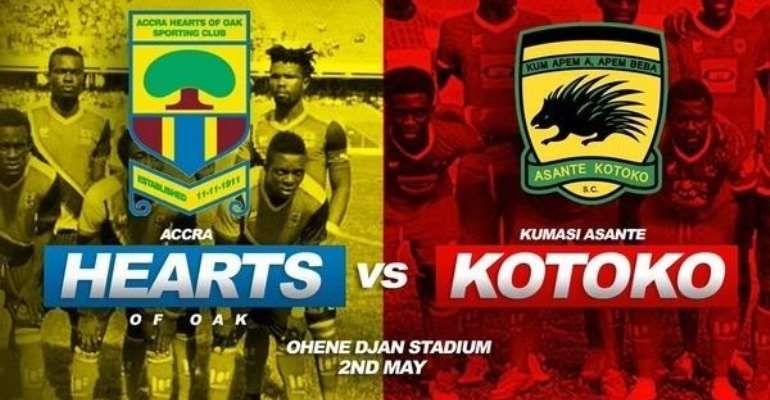 Ghanaian giants Hearts of Oak and Asante Kotoko will square off in the 2017 President Cup on July 2 in Kumasi.

The two heavyweights will be meeting for the third time this season.

Hearts have triumphed in the previous meeting this season - a controversial 1-0 win in the Ghana Premier League and a 3-1 success over their rivals in the 60th Independence Anniversary match in Accra.

Kotoko will be keen to avenge the two defeats when they host the Phobians in the Garden City.

The match is expected to attract top personalities including the country's President Nana Akufo Addo.