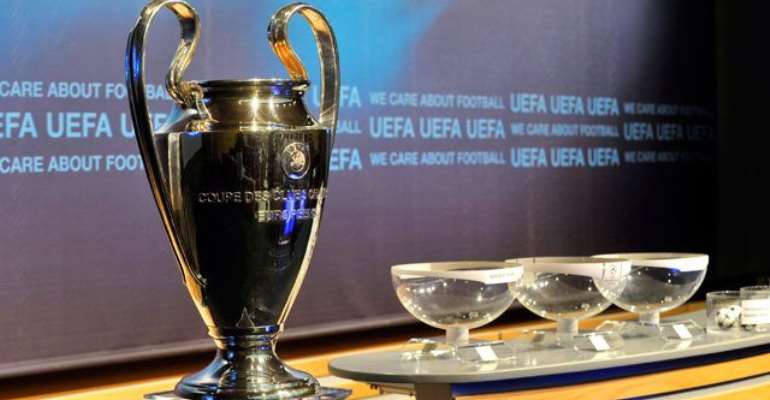 Real Madrid will face Bayern Munich in the Champions League quarterfinals, while Barcelona take on Juventus.

Premier League champions Leicester City, who secured a surprise success over Sevilla in the round of 16, will play Atletico Madrid.

The final tie sees Borussia Dortmund play Monaco, who defeated Manchester City on away goals in the last round.

Leicester face a tough task against Atletico who have reached the final in two of the last three seasons, but having the second leg at home could count in their favour.

Monaco, the highest-scoring team in Europe's top five leagues, will face 2013 finalists Dortmund in the first meeting of the two sides' in a UEFA competition.

If holders Real Madrid are to retain their crown, and in doing so become the first club to achieve that feat, they will have to overcome former coach Carlo Ancelotti, whose Bayern Munich side beat Arsenal 10-2 on aggregate to reach this stage. The sides have met in knockout ties on 10 previous occasions, winning five games apiece.

Barcelona face Juventus in a repeat of the 2015 final, a game that Barca won 3-1 en route to winning the Treble.