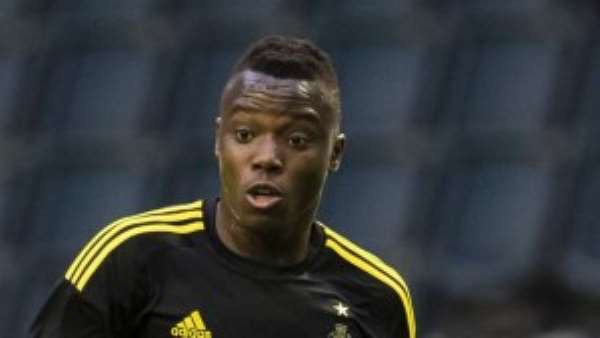 Kpozo did not travel with the team to their training camp in Dubai to fuel speculation regarding his future.

The former Ghana Under-20 defender is believed to have reached an agreement in principle to join Spanish side Granada on loan, GHANAsoccernet.com sources say.

The Ghanaian has also received interest from other clubs in Europe but unclear which one he will sign for.

The future of the 19-year-old is uncertain amid growing reports he will leave AIK.

"There are some things going on with Kpozo but I can't more at the moment," the player's agent Patrick Dark said

"He has done well in the league, and he also did well in the Europa League for AIK against Panathinaikos. It has given him confidence and interesting club abroad. We'll see what happens."

The hugely talented left-back joined AIK from Ghanaian side Inter Allies in 2015.