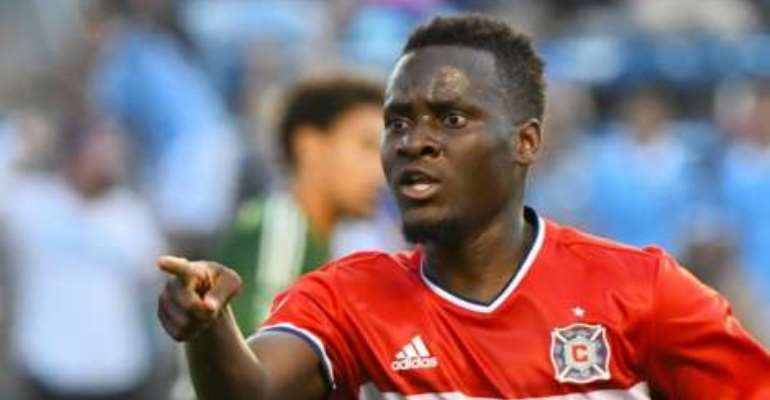 Ghanaian player David Accam scored an all needed equalizer in the US Open Cup to help his Chicago Fire team win on penalties in their game against Indy Eleven.

Accam started the game in which his team played the full 90 minutes against Indy Eleven with neither sides finding the back of the net.

Extra time however proved to be an exciting encounter as a goal from each team ended 120 minutes of football plus additional time 1-1.

The Ghana international who had struck the bar in the 23rd minute of the game showed some brilliance in extra time when his team were down by a goal to nil courtesy Justin Braun.

Accam showed some good dribbling skills before scoring the equalizer for Chicago Fire to send the game into a penalty shootout.

The Black Stars forward also stepped up to score the winning penalty for Chicago Fire as they qualified to the next round of the US Open Cup with a 4-3 win on penalties.