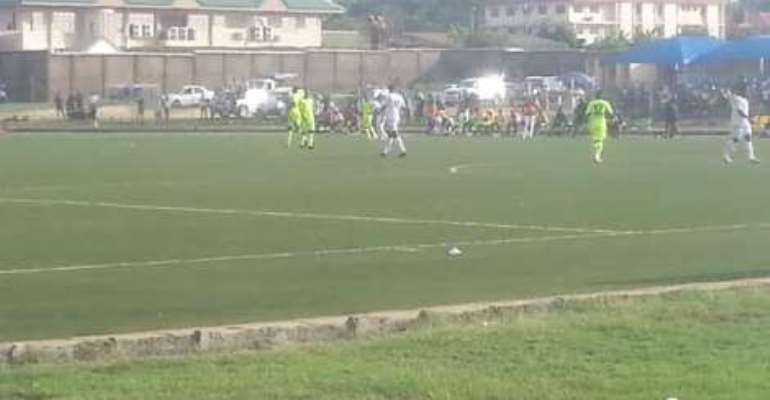 When Kumasi Asante Kotoko negotiated their round of 64 fixture against A.K Shion , a second Division side from the penalty kicks , a meal was made out from every angle of the 90 minutes.

The technical and tactical acumen of David Duncan was questioned, the sky in Kumasi was scurry, and the desire of the playing body to be Porcupine Warriors was catechized.

However, the outcome of the round of results symbolises the growth of lower Division football in the country, not that Kotoko were not good.

Out of the 32 teams that took part in the round of 32 games, twenty-one (21) of those clubs were lower Division teams, despite all sixteen Premier League clubs participating from the round of 64.

Ten clubs -- six and four from Division One and Two respectively have made it to the final sixteen teams.

Nine (9) premier league clubs were paired against Division One and Two sides, but only five (5) survived, and two of them went through A nerve-cracking penalty shootout.

If there were the results of any competition which defined it's slogan over the weekend, then the MTN FA Cup won't go unnoticed.

The 'Obiaa nye Obiaa', meaning "no one is superior" slogan of the competition was on display, but it is the growth of football that epitomized the results.

Crises stricken defending league champions Ashanti Gold were paired with Asokwa Deportivo, whilst high flying Accra Hearts of Oak had Samatex, all lower Division sides, but neither of the Ghana Premier League clubs could negotiate their way into the last sixteen teams at their expense.

Ashanti Gold were the first causality, dropping out of the race to succeed Medeama SC who lost out the chance to defend their crown on the first day of this year's competition to Liberty Professionals at home.

Accra Hearts of Oak, who have been unparalleled in the league, came stacked against Samartex, a Division One league club. After a barren 90 minutes of scintillating football, the tie had to be decided from 12-yards, and Samatex were more clinical, winning 4-2.

Liberty Professionals and Sekondi Hasaacas all laboured to beat Pure Joy FC and Okyeman Planners respectively from the penalty spot.

Could there be a Nania FC this season, only time will tell, but Techiman City and Dreams FC performance in the in the ongoing premier league is a testimony of how football have improved and it is a good omen for Ghana football.