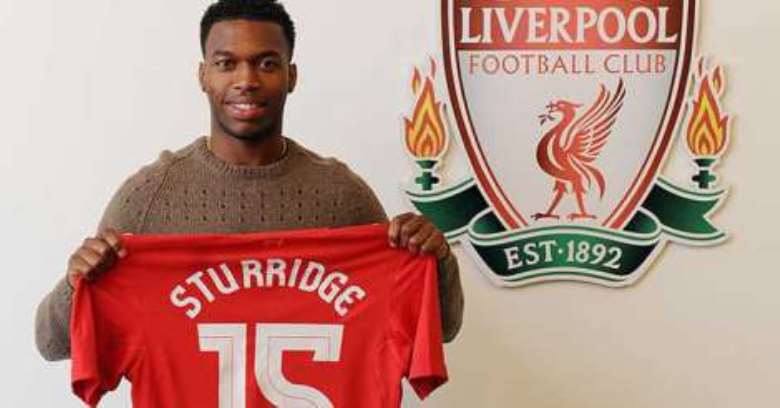 Liverpool completed the signing of England striker Daniel Sturridge from Chelsea for an undisclosed fee.

Sturridge began his career at Manchester City before moving to Stamford Bridge in 2009 but only made one Barclays Premier League appearance in an injury-affected 2012/13 season before leaving for Anfield.

The forward, who had a loan spell at Bolton Wanderers in 2011, said he was excited to be joining Liverpool.

"I'm humbled and happy to be here," he said. "I've not signed here to play for a couple of years and then move on, I've signed to be here for as long as possible.

"It's a humongous club - for me, one of the biggest in the world. To have the fans and world-class players we have here is amazing.

"Whatever the manager wants me to do I will do it and work as hard as I can for the club and the fans. I'll try to put a smile on the fans' faces and try to bring some success to the club - it would be amazing."

On joining Liverpool, Sturridge had four England caps to his name while he also played for Team GB at the 2012 London Olympics.

2012/13 BPL season
The forward got off to a blistering start to his Anfield career, scoring in his first three appearances and netting 10 times in 14 BPL appearances for the Reds in the 2012/13 campaign.

Sturridge continued in that vein of form in 2013/14, netting 21 goals in 29 league appearances as the Reds came within two points of their first BPL title. Injury has disrupted the following two campaigns but he has scored 37 times in 60 top-flight outings for Liverpool.