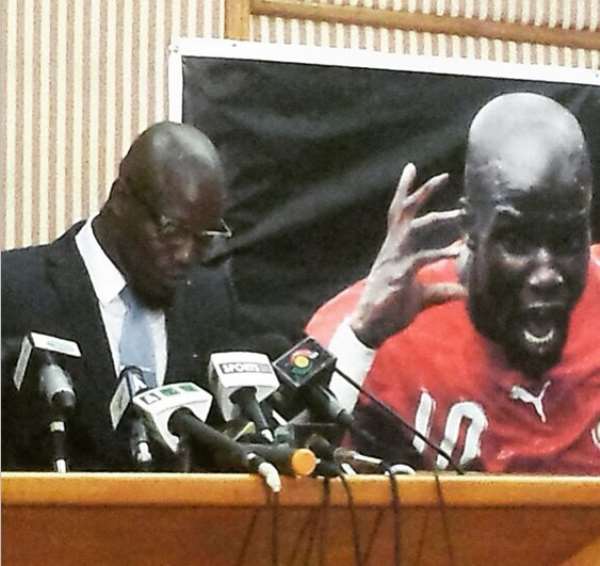 The historic testimonial match for Stephen Appiah will come off on June 27, the former Black Stars captain announced in a grand launch on Monday.

The testimonial match being organized by Primeval Media is the final official sending off for the 34-year-old who announced his retirement in January.

Stephen Appiah is regarded as the most successful captain of the Black Stars having led the side to its first ever appearance at the FIFA World Cup in 2006 in Germany.

Appiah will be hosting several of his former club teammates during his time at Udinese, Parma, Juventus and Fenerbahce in Accra for a two-day event which will be climaxed with his testimonial game.

His former Black Stars teammates will also be actively involved in the memorable event to be staged at the Accra Sports Stadium as is some of the easily recognized former and current football stars across of the world – most of whom either played against Appiah or became friends with during his active days.

The main event –the testimonial match – will be preceded by an A-listed dinner at the Banquet Hall of the State House in Accra on June 26.

Stephen Appiah remains a cult figure in Ghana for his selfless dedication to the Black Stars.

His testimonial match is therefore expected to be a huge success with a massive expected attendance for the game.