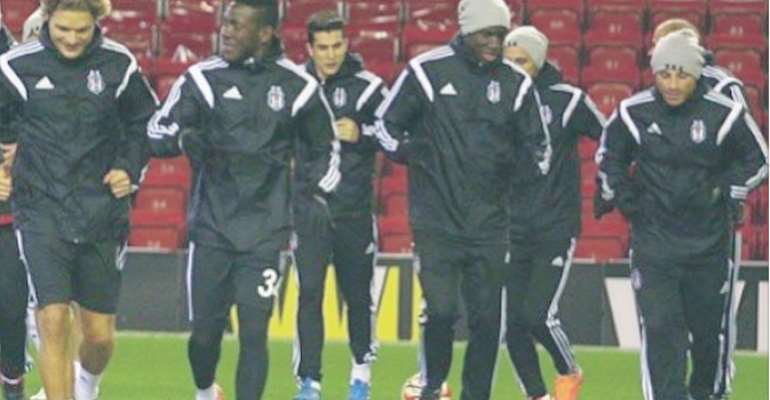 Ghana defender Daniel Opare is in Besiktas' squad for their Europa League clash against Liverpool on Thursday.

The 24-year-old was part of the Black Eagles' squad that arrived in Merseyside on Wednesday.

Opare who has recovered from an injury picked up soon after making his debut for Besiktas after completing his loan switch from Porto trained with the side later in the evening.

Both teams are playing in the second tier club competition in Europe after falling to qualify from their respective groups in the Champions League.